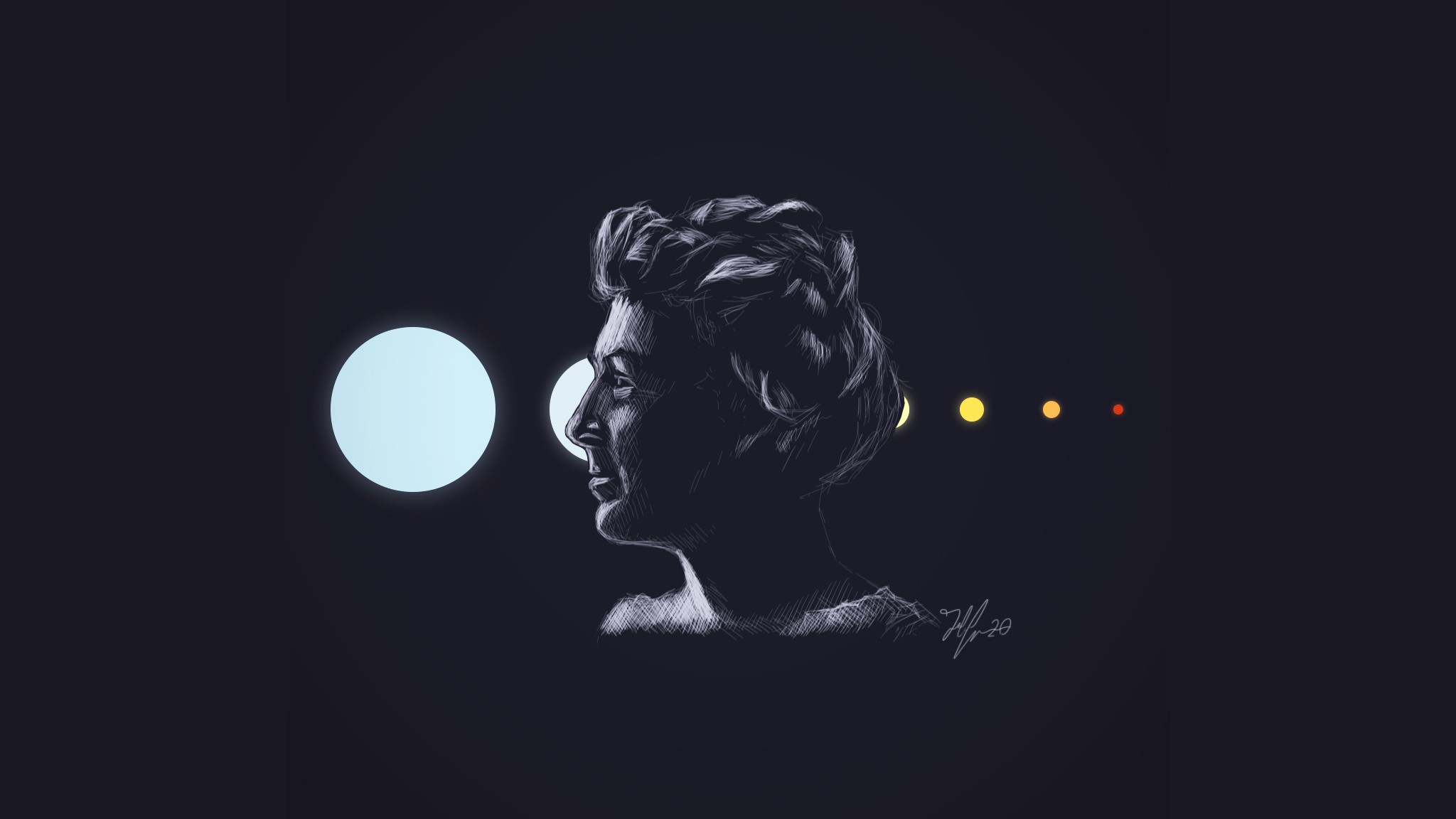 Good morning EUROAVIAns,
in today’s Fact Friday we talk about the history of stellar classification and the women who developed it.

In 1901, in Harvard, the scientist Edward Charles Pickering assembled a team of women to map and classify the different types of stars.

The leader of the team was the astronomer Annie Jump Cannon, who spent decades cataloguing more than 225,000 stars for the Henry Draper Catalogue. In order to do so, the light from a star was allowed to fall through a prism placed inside a telescope which split up the starlight into a band, showing its constituent colours: its spectrum. The spectrum showed the presence of fine dark lines that the astronomers compared with lines produced by other substances in the laboratory. This determined some elements found on Earth also exist in stars.

According to the spectral line patterns, Cannon classified the stars by dividing them into seven categories or classes, each one designated by a letter: O B A F G K M. Furthermore each class was divided into ten numerical subcategories (from 0 to 9) depending on minute variations of the spectral lines (that she learned to recognise by memory!).

But the true nature of stars was discovered in 1923, when the British astronomer Cecilia Payne joined the team of women and started to analyse Cannon’s data to determine the actual chemical composition and physical state of stars.

Payne realised that stars were made almost entirely of Hydrogen and Helium and that Cannon’s classes represented a temperature scale of the stars, from the hottest (O class) to the coolest (M class), and that the same occurred with the numerical sub-classes (e.g. A0 denotes the hottest stars inside the A class, A9 the coolest).

She wrote her theories in 1925 in her PhD thesis “Stellar Atmospheres”, but the validity of her work was acknowledged only some years later, since at that time astronomers strongly believed that stars were mainly composed by heavy elements such as Calcium and Iron in roughly the same proportions as on Earth.

Nowadays Payne’s “Stellar Atmospheres” is considered a standard study text and it’s widely regarded as the most brilliant PhD thesis ever written in Astronomy.