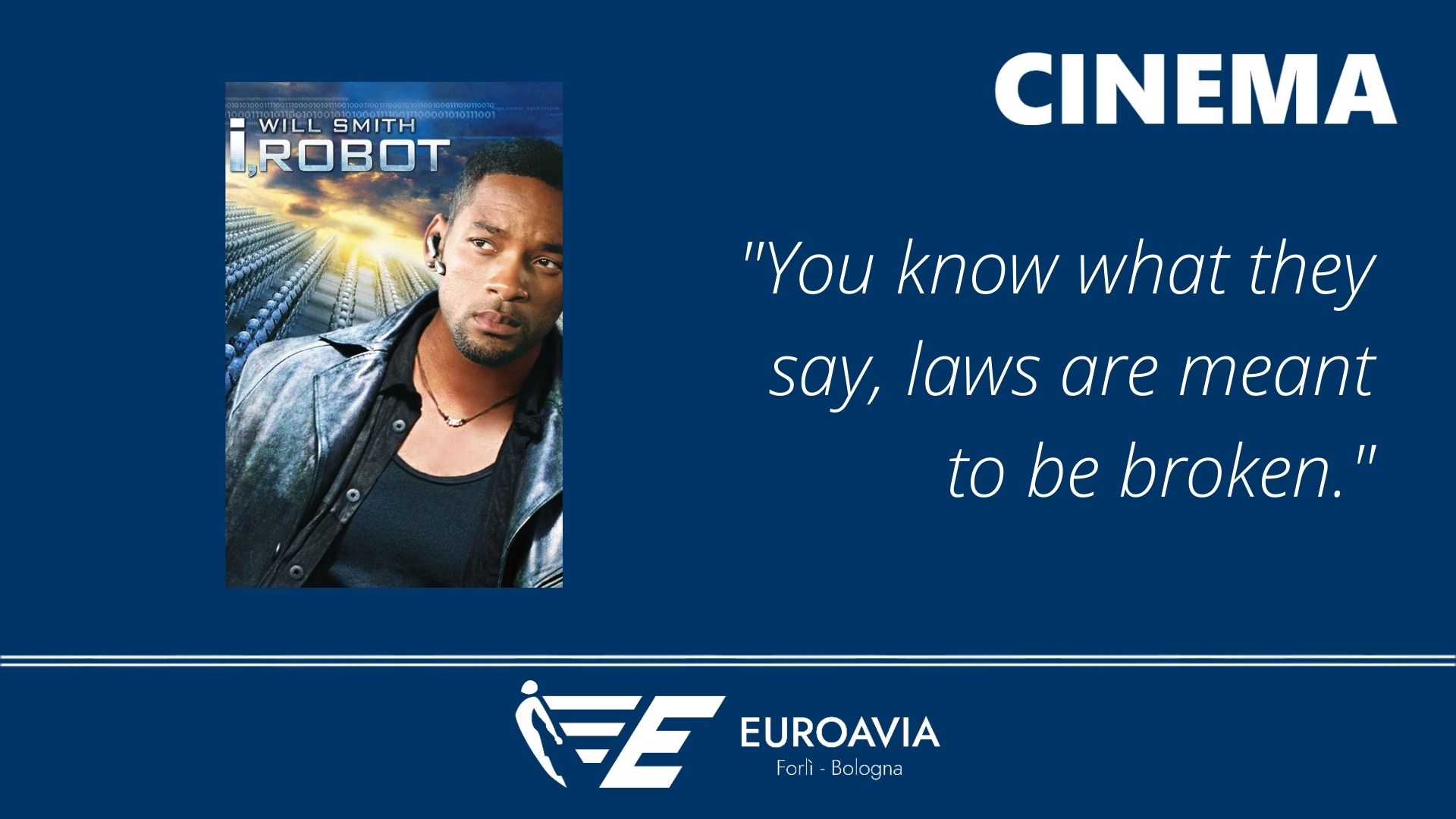 In 2035, where robots are common-place and abide by the three laws of robotics, a techno-phobic cop investigates an apparent suicide. Suspecting that a robot may be responsible for the death, his investigation leads him to believe that humanity may be in danger.

Human beings have dreams. Even dogs have dreams, but not you. You are just a machine; an imitation of life. Can a robot write a symphony? Can a robot turn a… canvas into a beautiful masterpiece?

Directly inspired by a series of Isaac Asimov’s novels, “I, Robot” presents a robot-dependent society in which human beings have developed complete trust toward the machines. In this environment, very few people refuse to get with the times: this is the case for Detective Del Spooner (Will Smith) who refuses to accept robots as anything resembling humans. On the other hand, Dr. Susan Calvin (Bridget Moynahan), co-developer of a new series of state-of-the-art robots, is very confident about their role in human society: the three laws of robotics command them all and hence no harm should be done towards humans. Through these characters, the story deals with morality, human interaction and their effect on technology

Even so, the plot has its cliques and some events may also be foreseeable. Nevertheless, with a steady but attention-keeping pace and some witty dialogues of Spoon, it is definitely an enjoyable movie.