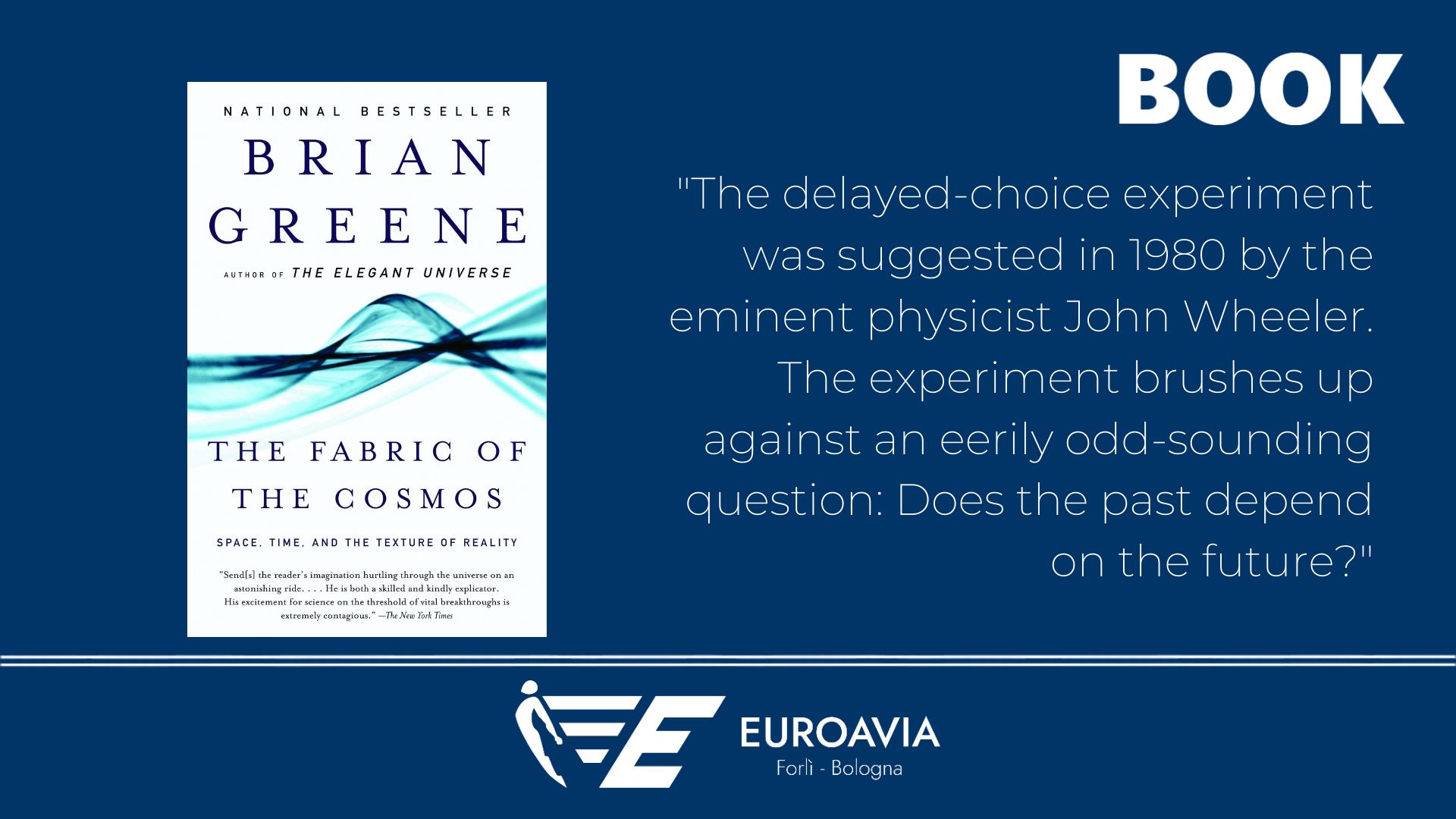 The Fabric of the Cosmos: Space, Time and the Texture of Reality is a book on physics and cosmology published in 2003 by Brian Greene. Greene is an American theoretical physicist, mathematician, string theorist and scientific speaker.

In this book, some of the most important physical experiments and discoveries of the last century are described, such as the double nature of light discovered with the double-slit experiment, Schrödinger’s cat and quantum entanglement. However, these topics are considered in relation to the nature of space and time, which is the focus of the book.

Starting from the hypothetical causes and effects of the Big Bang, concepts like entropy and the illusion of time thought of as a unidirectional arrow are analysed. The author urges the reader to consider that just like it is normal for us to think that all of space exists in the universe, so must all of time. Greene challenges our perception of time by stating that past, present and future exist simultaneously and independently of how we experience them. For this reason, a question arises: does the past depend on the future?

Since our perception of time is limited to this unidirectional arrow, it may seem that it is the past to determine the future. Nevertheless, all physical laws and formulas predict the right results if we invert the flow of time. So, can the relationship of cause and effect be a mere illusion? Greene explains like this the result of the double-slit experiment:

“It’s as though the photons have a “premonition” of the experimental situation they will encounter farther downstream, and act accordingly. It’s as if a consistent and definite history becomes manifest only after the future to which it leads has been fully settled”.

Although most of the notions described in this book go against the reader’s preconceptions and everyday experience, the author makes use of all the required analogies in order to adequately unfold these tough concepts. It is undoubtedly a perfect book for those who like to challenge their mindset/mentality.