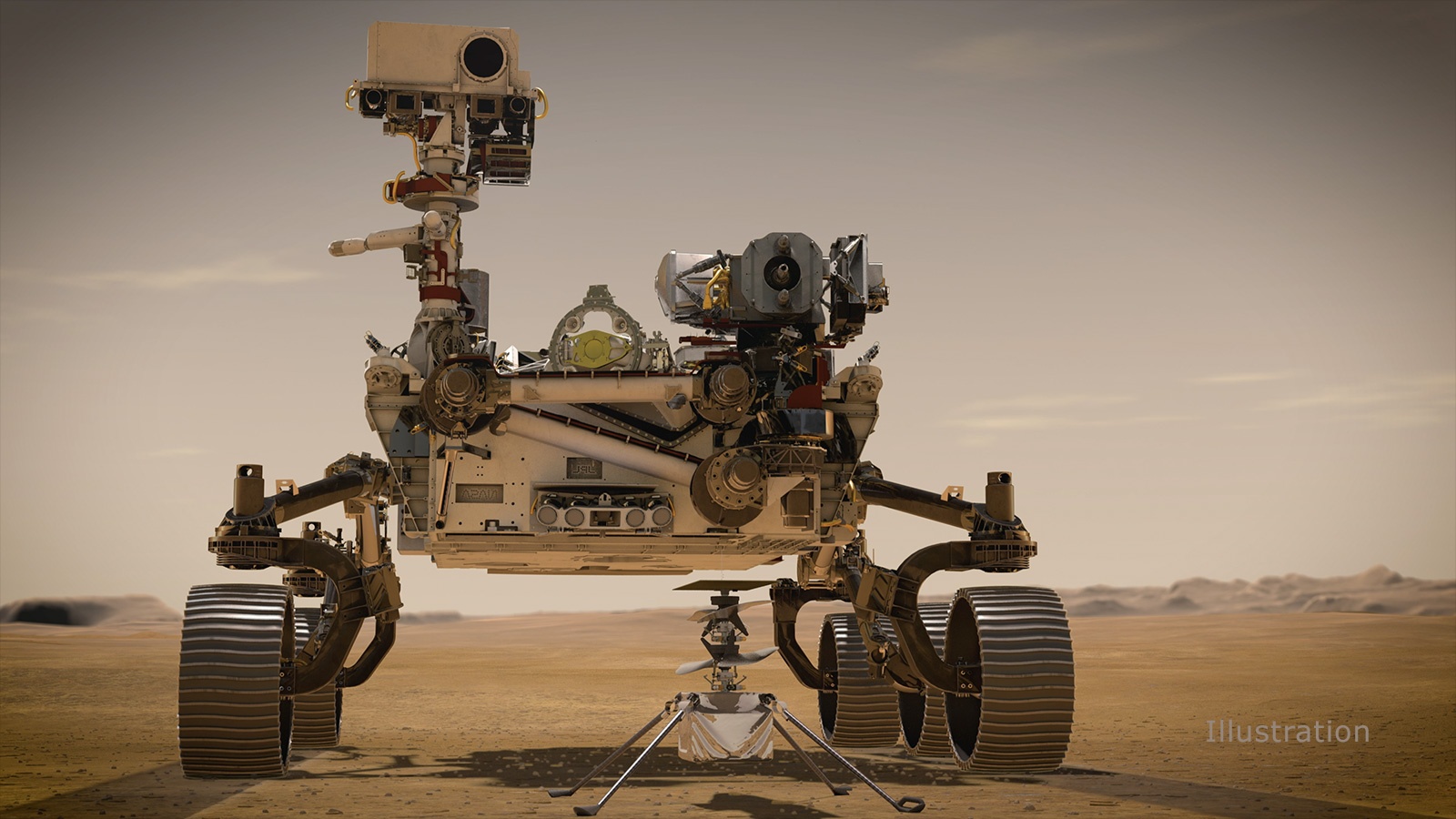 Good morning EUROAVIAns, in today’s fact friday we talk about the first helicopter to ever fly on another planet: Ingenuity!

Ingenuity is a technological demonstration part of the Mars2020 mission that successfully landed on Mars on the 18th of February. Designed by the Jet Propulsion Laboratory, it will attempt the first flight in the spring of 2021. The average flight duration of Ingenuity will be about 90 minutes, the remaining part of the time will be spent to maintain its systems warm enough to resist the -80°C temperature of Mars during the night. The minimum mission objective is to have 5 Ingenuity flights within 30 days.

Flying an aircraft on Mars is not at all easy. The atmospheric density is about 1% that of Earth. This means that in order to achieve the same thrust, the blades of the helicopter’s rotor have to spin much faster.
On the other hand, an object on the surface of Mars weighs about ⅓ of that on Earth, due to the lower gravitational acceleration.
The JPL engineers designed a very light drone, only weighing 1.8kg. The rotor is made up of 2 carbon fiber counter-rotating blades, each with a span of 1.2m, and weighing only 56g.

The helicopter would be impossible to control in real-time from Earth since a signal takes 10 minutes to arrive on Mars, not to mention the feedback signal that must be sent back. For this reason, engineers will send the positional information to be computed to the onboard controller, which applies it whilst also taking into account what its sensors detect.

Ingenuity will be the pioneer in new ways to explore other planets. In fact, the path will be followed by NASA quadcopter Dragon-Fly, as it is expected to fly on Titan, the largest moon of Saturn, in 2036.