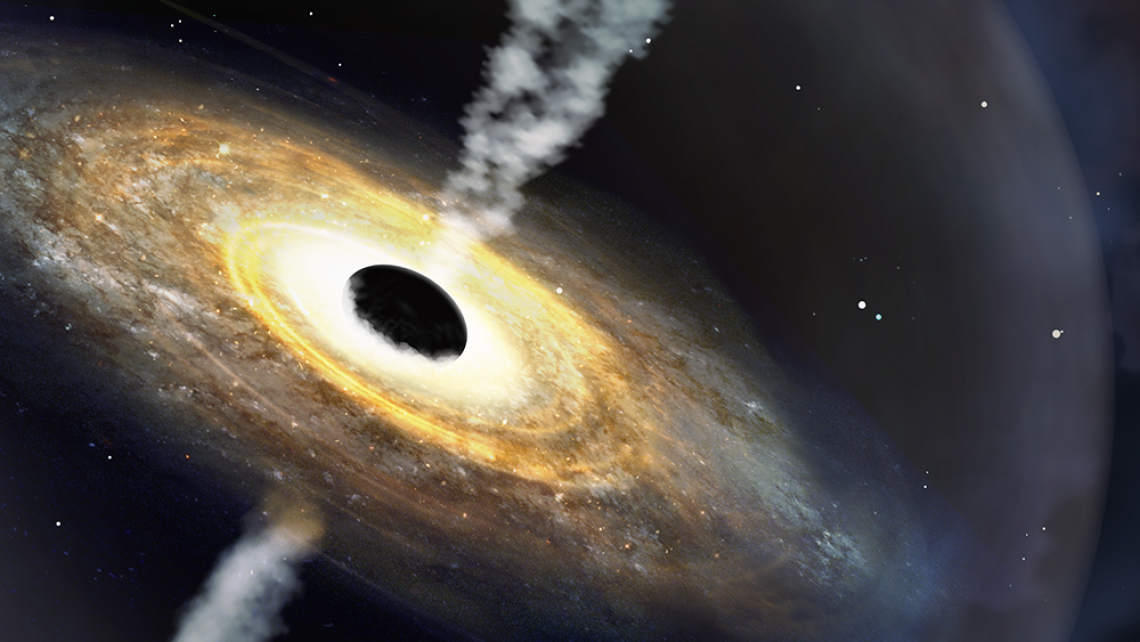 Good morning EUROAVIAns,
in today’s Fact Friday we talk about the last fascinating Quasar came upon us!

Astronomers have discovered the most massive quasar known in the early universe, containing a monster black hole with a mass equivalent to 1.5 billion suns. It is formally designated as J1007+2115, but it is also known as Pōniuāʻena, that in Hawaiian means “unseen spinning source of creation, surrounded with brilliance.”

“How can the universe produce such a massive black hole so early in its history?”

Quasars are the most energetic objects in the universe and, in accordance with the current theory, they are powered by supermassive black holes. As the black holes gobble up surrounding matter, they emit tremendous amounts of energy, resulting in luminosities known to outshine entire galaxies. According to a new study the light from Pōniuāʻena took 13.02 billion years to reach Earth, starting its journey just 700 million years after the Big Bang!

For a black hole of this size to form this early in the universe, it would need to start as a 10000 solar mass “seed” black hole about 100 million years after the Big Bang, rather than growing from a much smaller black hole formed by the collapse of a single star (as the current cosmological models affirm).

“This discovery presents the biggest challenge yet for the theory of black hole formation and growth in the early universe.”

Current theory suggests in fact that at the beginning of the universe, following the Big Bang, atoms were too distant from one another to interact and form stars and galaxies. The birth of stars and galaxies as we know them happened during the Epoch of Reionization, about 400 million years after the Big Bang. This process lasted only a few hundred million years, a blink of an eye in the life of the universe.

The discovery of Pōniuāʻena is a big step towards understanding the process of reionization and the formation of early supermassive black holes and massive galaxies.