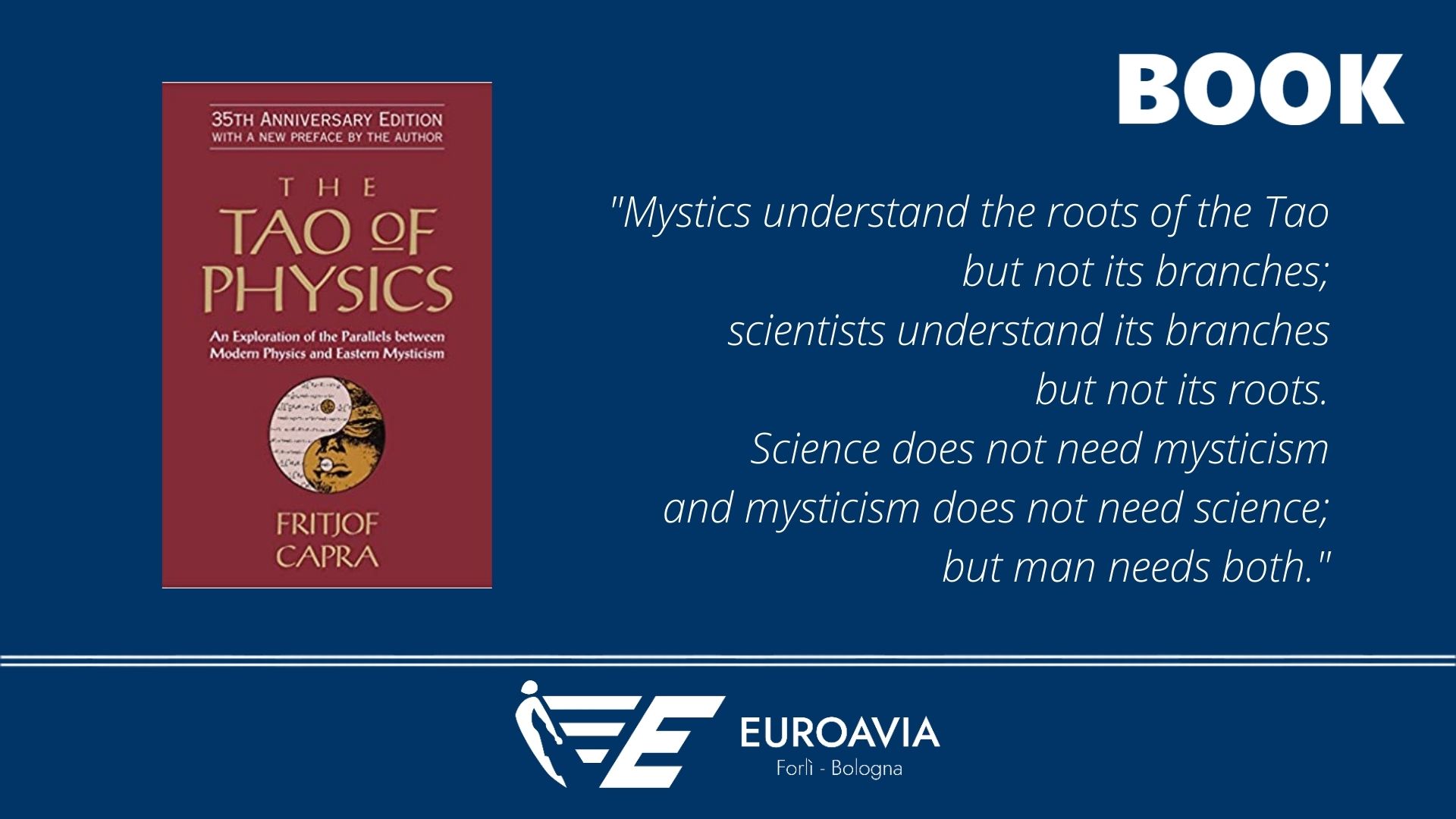 The Tao of Physics by Fritjof Capra is a bestseller that reconciles eastern philosophy and western science in a brilliant humanistic vision of the universe. Written in 1975, and since been translated in over 23 languages, it is a visionary exploration into the unexpected parallels of mysticism and modern physics.

The Tai Chi (Yin & Yang) symbolises, how the Universe evolves: pairs of opposite and complementary elements are at the foundation of everything; they are in constant conflict with each other and, even when one seems to have triumphed over the other and reached its apex, therein lies the seed of the other. This book follows the same cycle.

The first part talks about the evolution of science. While physicists originated from ancient Greece, they were what we now call philosophers. Rather than using measurements and tests, they used observation and intuition. With the advent of the scientific method, however, science detached from philosophy in the western world until reaching, at its apex, an illusory perfection with classical, Newtonian, physics – a seed is placed.

“Quantum theory thus reveals a basic oneness of the universe. It shows that we cannot decompose the world into independently existing smallest units. As we penetrate into matter, nature does not show us any isolated “building blocks,” but rather appears as a complicated web of relations between the various parts of the whole. These relations always include the observer in an essential way. The human observer constitutes the final link in the chain of observational processes, and the properties of any atomic object can be understood only in terms of the object’s interaction with the observer.”

At the start of the 20th century Relativity and Quantum Physics shook scientists with concepts such as quantum entanglement and the collapse of the wave-function. These brought about the importance of the conscientious observer which has an integral part in the experiment.

This discovery closely resembles the famous expression “Panta Rei” coined by the Greek philosopher Heraclitus, meaning “everything flows” and is connected in a cosmic dance.

In the second part of the book, the main characteristics of Hinduism, Buddhism, Taoism and Zen are explained. They had already arrived at the same conclusions explained above thousands of years ago simply through meditation. In fact, concepts such as the unity of all things and the importance of consciousness, are at the basis of these philosophies. These similarities are explored in the third part of the book.

This pioneering book is perfect for anyone searching for a connection between concepts and disciplines.