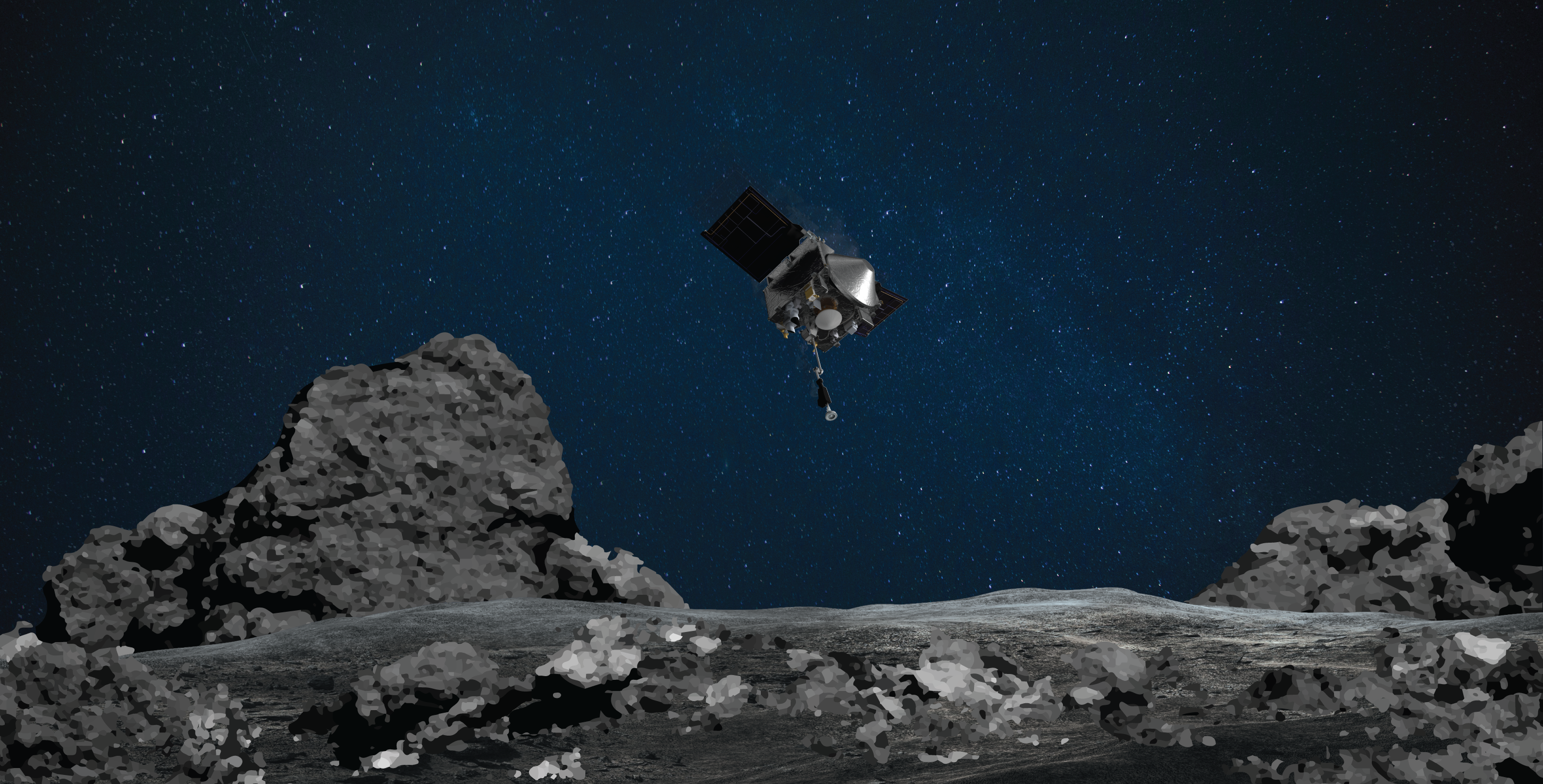 Good morning #EUROAVIAns, today we talk about the spacecraft OSIRIS-REx and how it was the “victim of its own success”.

OSIRIS-REx (Origins, Spectral Interpretation, Resource Identification, Security, Regolith Explorer) is a NASA mission whose task is to reach the Bennu asteroid, take some samples and come back to Earth safe and sound.

It was launched on the 8th of September 2016, flying past Earth on the 22nd and rendezvousing with Bennu on the 3rd of December 2018. On the 20th of October OSIRIS-REx started its slow descent towards Bennu. It released a burst of Nitrogen gas that blew regolith particles that then were captured into the head of the sampler at the extremity of the spacecraft’s robotic arm.

Have you ever done your job so well that you find yourself in trouble?

The minimum goal for the mission was to collect 60 grams of material, but OSIRIS-REx exaggerated and collected well beyond that amount. By looking at the images taken of the sample collector head, the OSIRIS-REx team noticed that the head appeared to be full of asteroid particles, and that some of these particles appeared to be escaping slowly from the sample collector. Nevertheless, the samples were stored successfully in the Sample Return Capsule on October 28th. The spacecraft will return to Earth on the 24th of September 2023.

The study of the asteroids’ composition will help scientists understand the characteristics of the solar system in its early life. Moreover, it’s an important mission for planetary defense. Between the years 2175 and 2199, the chance that Bennu will impact Earth is 1-in-2700. This may not be a high probability but in case we want to change the trajectory of an asteroid, the knowledge of its composition is of paramount importance.