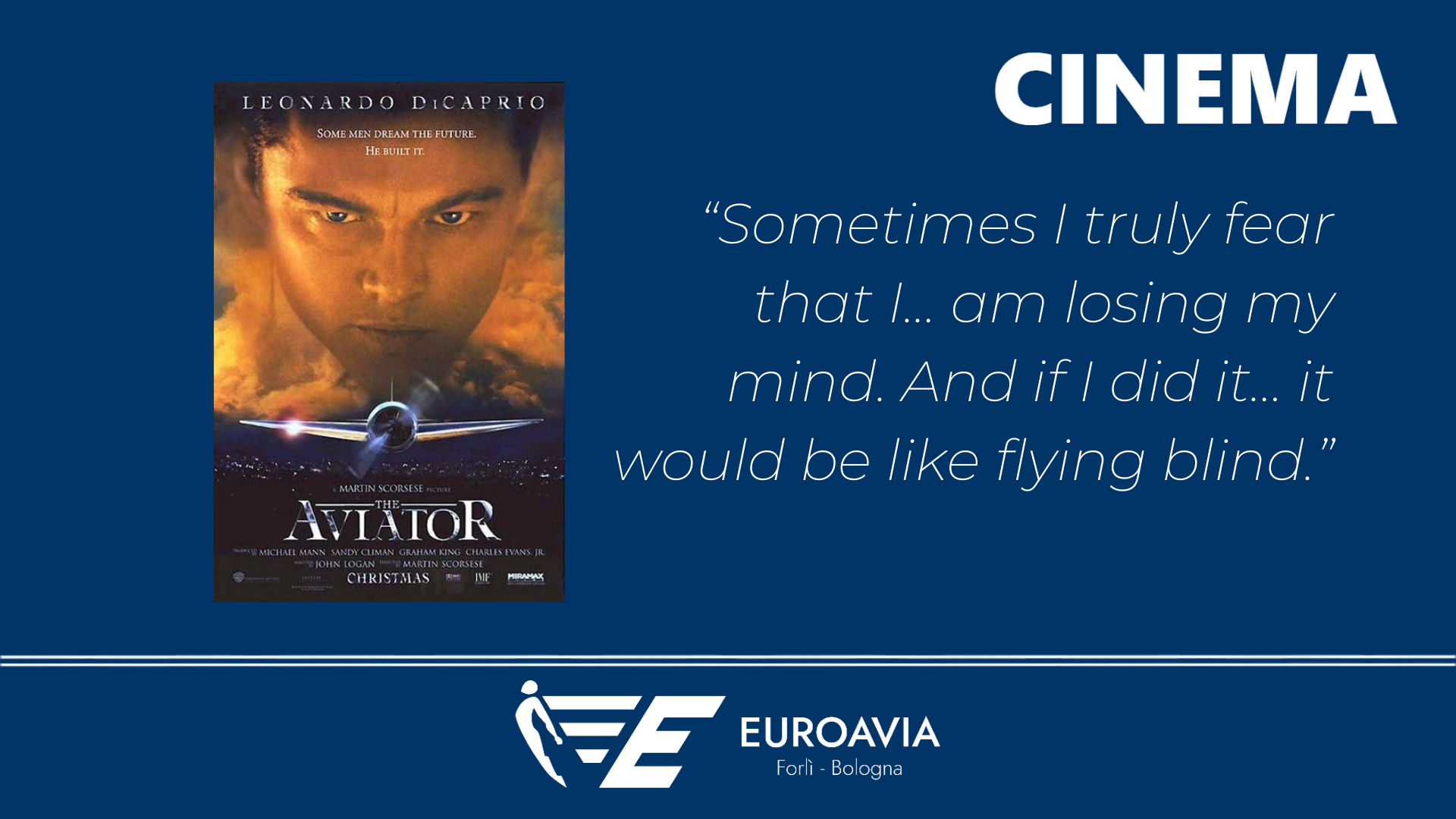 “The Aviator” is a biographical film directed by Martin Scorsese. The film is about part of the life of Howard Hughes (Leonardo Di Caprio), an entrepreneur, a pilot, an engineer and a film director famous for his record breaking planes and his films. Whilst endowed with a strong personality, he suffers from a mental disorder that creates several problems in his life but this doesn’t stop him from leaving great marks in aviation history.

The film is focused on his greatest feats, his successes in the aeronautical and film industries and his fabled love stories. It begins by taking us on the set of “Hell’s Angels”, the first of two films he personally directs. In this fighter jet movie, in order to capture the precise shots he wants, more than 70 pilots are hired. As a result, he sets the record for the number of discarded negatives for a single film (around 560 hours, which is still a record nowadays).

Later, Hughes designs and drives the H-1 Racer at the speed of 567 Km/h; a breathtaking record for a landplane in 1935. He also brakes the world record for completing a flight around the world in less than 4 days on a Lockheed 14.Then, in 1946, he escapes a horrible accident whilst flying the XF-11 reconnaissance aircraft prototype for the first time. However, not even this incredible event stops him and a year later he builds the H-4 Hercules, a seaplane with a wingspan of 98 meters which is a huge number for an aircraft at the time.

Eventually, he starts investing in the airplane industry by buying a major TWA airlines stock. During the tale of Hughes’ life, the movie portrays the affairs with two famous actresses at the time, Katharine Hepburn and Ava Gardner, with which it did not end well.

If we can draw something from Howard Hughes’ life it’s to always think big and to pursue perfection in realising our ideas and creations. This concept is greatly emphasized both in the search for the perfect shots in his movies and in the search for more efficient solutions for his planes. In my opinion, this film and this man’s life represent an inspiration for people who want to achieve something special in the aeronautical world. Therefore, I highly recommend that you watch this film, whether you are interested in the life of Howard Hughes or if you’re just looking for a great movie to watch. (P.S. “The Aviator” won five Oscars out of eleven nominations.)