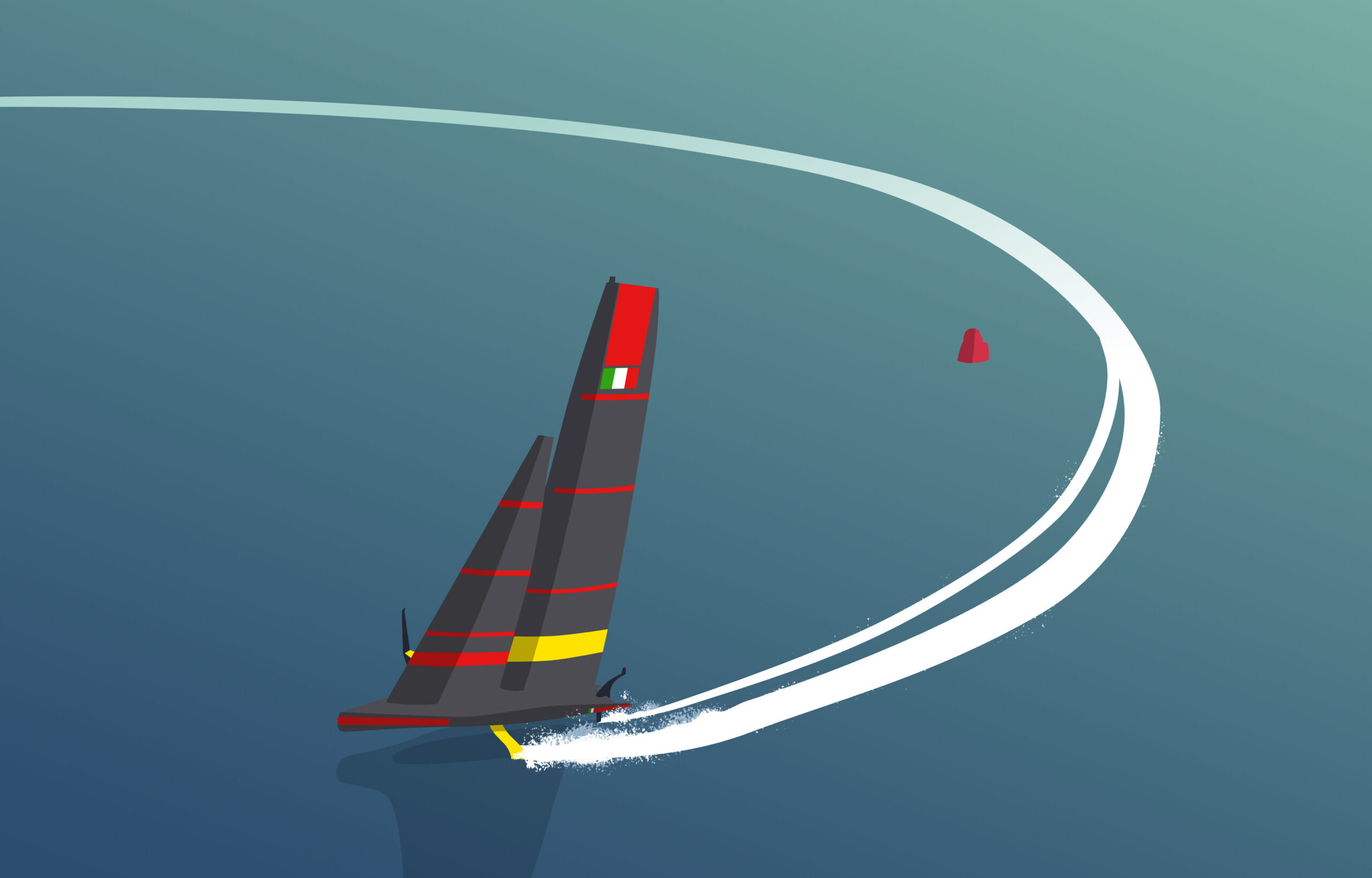 Good morning EUROAVIAns,
in today’s Fact Friday we’d like to introduce you to the oldest trophy in international sport: the America’s Cup.

The most famous regatta in the world dates back to 1851, when a syndicate of businessmen from New York sailed the schooner “America” across the Atlantic Ocean for the World’s Fair in England. The schooner won a race around the Isle of Wight against a fleet of British yachts and claimed the trophy. Back home, the winner donated the trophy to the New York Yacht Club under a Deed of Gift, which stated that the trophy was to be “a perpetual challenge cup for friendly competition between nations.” Thus was born the America’s Cup, named after the winning schooner America.

The 36th edition of the America’s Cup marks the beginning of a new sailing era, as the AC75s are arguably the most radical boat the America’s Cup has ever seen. These yachts are literally designed to fly over the water and, to do so, they exploit foiling. Without a keel, they use a brand new concept to keep themselves upright: the foil. This can be placed under or outside the boat to provide the leverage it needs to stand up, much like an aircraft’s wings. This amazing technology speeds the boats up to 50 knots, 40 knots in leeward courses. However, foils are not the only key to reach such a performance. The yachts share another common feature with aircraft, which is the twin-skin mainsail. These sails basically reproduce the profile of a wing, generating the power the AC75 needs to foil.

The 36th edition of the America’s Cup is held in Auckland, NZ, in the waters of the Defender Team New Zealand, and winner of the last edition. The Challenger of Record, Team Luna Rossa, has defeated both Team UK and NY Yacht Club, therefore it will all be a matter between the former two. The competition is going to be held from 6th to 15th of March, but it will end as soon as the first team will score 7 wins.