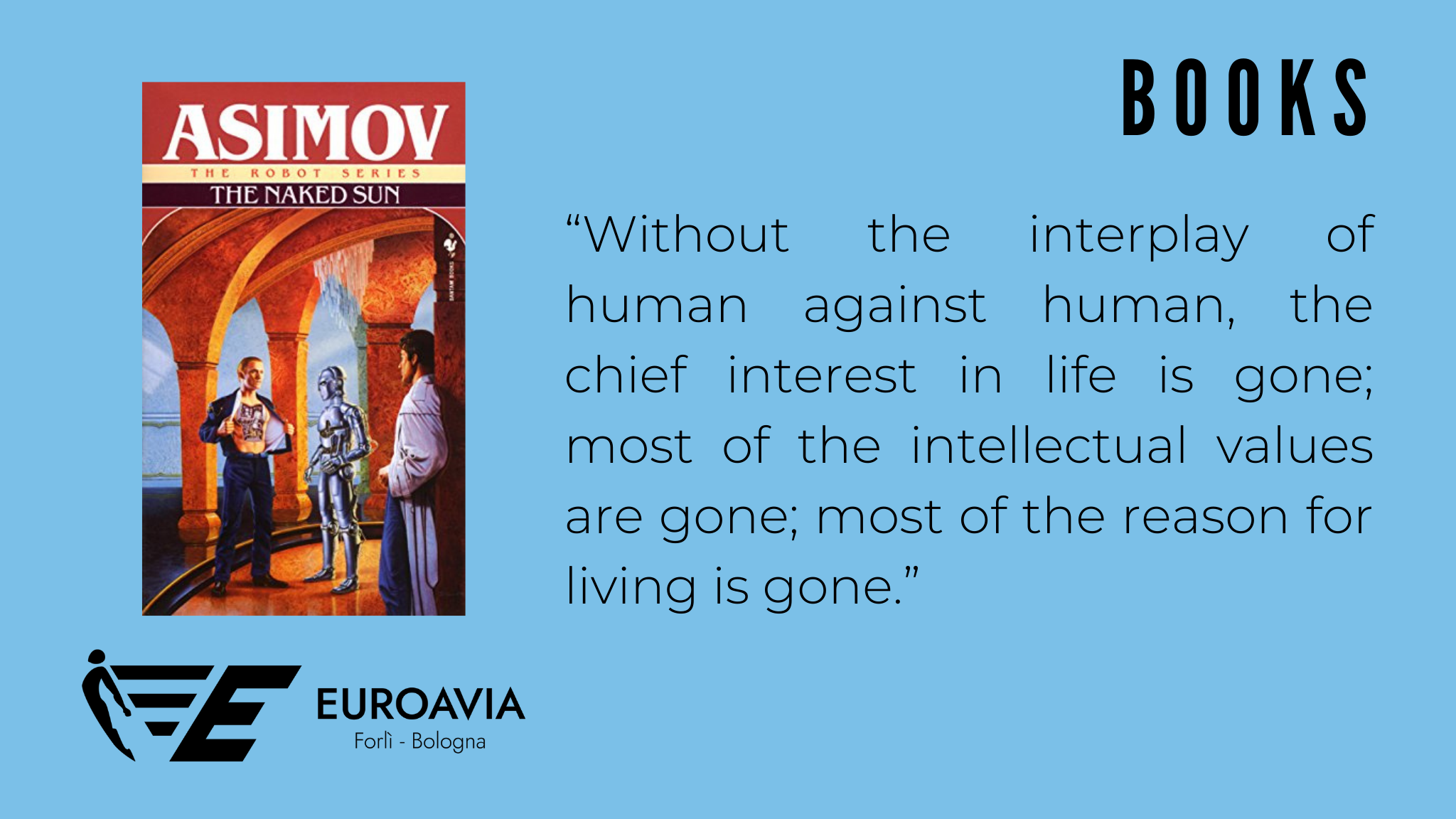 In Isaac Asimov’s “The Naked Sun”, social distancing – as we would now call it – is not just a useful device to underscore the difference between Earth and another planet: it is an integral part of the novel’s plot. First published in 1957, The Naked Sun is the second of Asimov’s four ‘Robot’ novels.

The story arises from the murder of Rikaine Delmarre, a prominent fetal scientist, whose death Elijah Baley is called to investigate. He is again partnered with the humanoid robot R. Daneel Olivaw.

The book focuses on the unusual traditions, customs, and culture of Solarian society. The planet has a rigidly controlled population of 20,000, and all work is done by robots, which massively outnumber humans.

The Solarians have given up something mankind has had for a million years; something worth more than atomic power, cities, agriculture, tools, fire, everything; because it’s something that made everything possible (…) The tribe, sir. Cooperation between individuals.

The prime suspect in the murder would have been Delmarre’s wife Gladia, who was present in the house when he was killed. She claims to have no memory of what happened. The only witness is a malfunctioning house robot that has suffered damage to its positronic brain because it allowed harm to be done to a human, in violation of the First Law.

Baley’s first encounter with Gladia is through “viewing” (holography), at which point he discovers that Solarians have no taboo about nudity when viewing, and Baley is shocked. Thereafter he develops a relationship with Gladia in face-to-face contact. She reveals to Baley that she does not like all the customs of Solaria, where face-to-face interaction, and specially sex, are considered repugnant, and was on bad terms with Rikaine, partly from sexual frustration.

Later, more complex issues arise and a detective-like plot unfolds as well as an interesting interplay between the detective and his robot partner.

This book opens a new view into robotics and strange interplay with the laws of robotics. Whilst being sci-fi, it is not impossible to envision a near-future scenario similar to the story foretold. An extremely recommended short story book that will amaze you for sure!