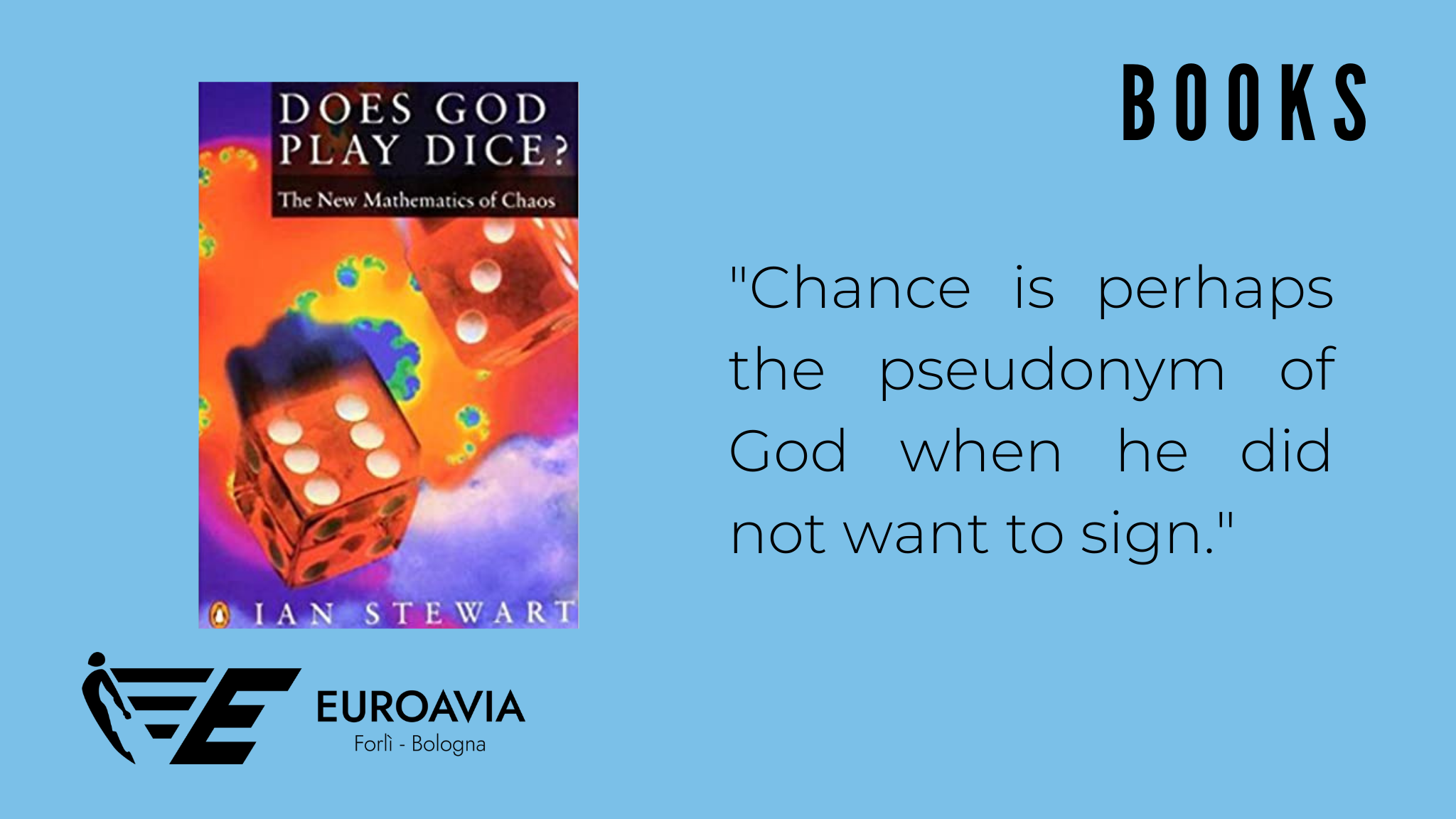 In “Does God play dice?”, the English mathematician and popular science writer Ian Stewart speaks about chaos theory and its implications in mathematics, physics and even in computer science.

This essay begins with a historical background on “kaos” from ancient Greek mythology and, later on in history, during the Renaissance where scientists and polymaths followed the “trend” to explain every natural phenomena with an equation. The climax arrived when, during the last year of the 19th century, Henri Poincarè solved the Three Body problem.

Following this, Ian introduces mathematical operators like differential equations that are used to explain the Fibonacci sequence and deal with the problem of animal reproduction: proving that it does not follow an ordinary law. There are also some interesting chapters on topology, specifically the branch of geometry that studies the property of an “object” when such a body is deformed as well as its implication on everyday life and the important role that it has in “chaos theory”.

Blazing Hyperion on his order fire still sits, still snuffs the incense teeming up. From man to the Sun’s God: yet unsecure. For as upon the earth dare prodigies. Fright and perplex, so also shudders he: Nor at dog’s howl or gloom-bird’s Even screech, Or the familiar visiting of one. Upon the first toll of passing bell: But horrors, portioned to a giant nerve, Make a great Hyperion ache.

Another fascinating topic are fractals: geometrical objects that maintain the same shape regardless of scale and how they are used to describe virus models and their structures. Then, several examples of fluid dynamics about laminar and turbulent flow are discussed, and its chaotic transitions as well as a brief introduction to the famous Navier Stokes equations.

Another interesting example discussed in the book is the chaotic orbit of Saturn’s moon Hyperion and Jupiter’s Great Red Spot.  Ian Stewart’s aim is to find an “order” within these controversial and amazing topics. Chaos theory belongs to the extreme frontier part of science: we lack the equations needed to predict such topics, hence the choice of title of the book. The statement “Does God play dice?” was first formulated by Albert Einstein. Ian Stewart gives an answer to this question… would you like to know? If the answer is yes, I invite you to read this book and to enjoy this formidably chaotic adventure.