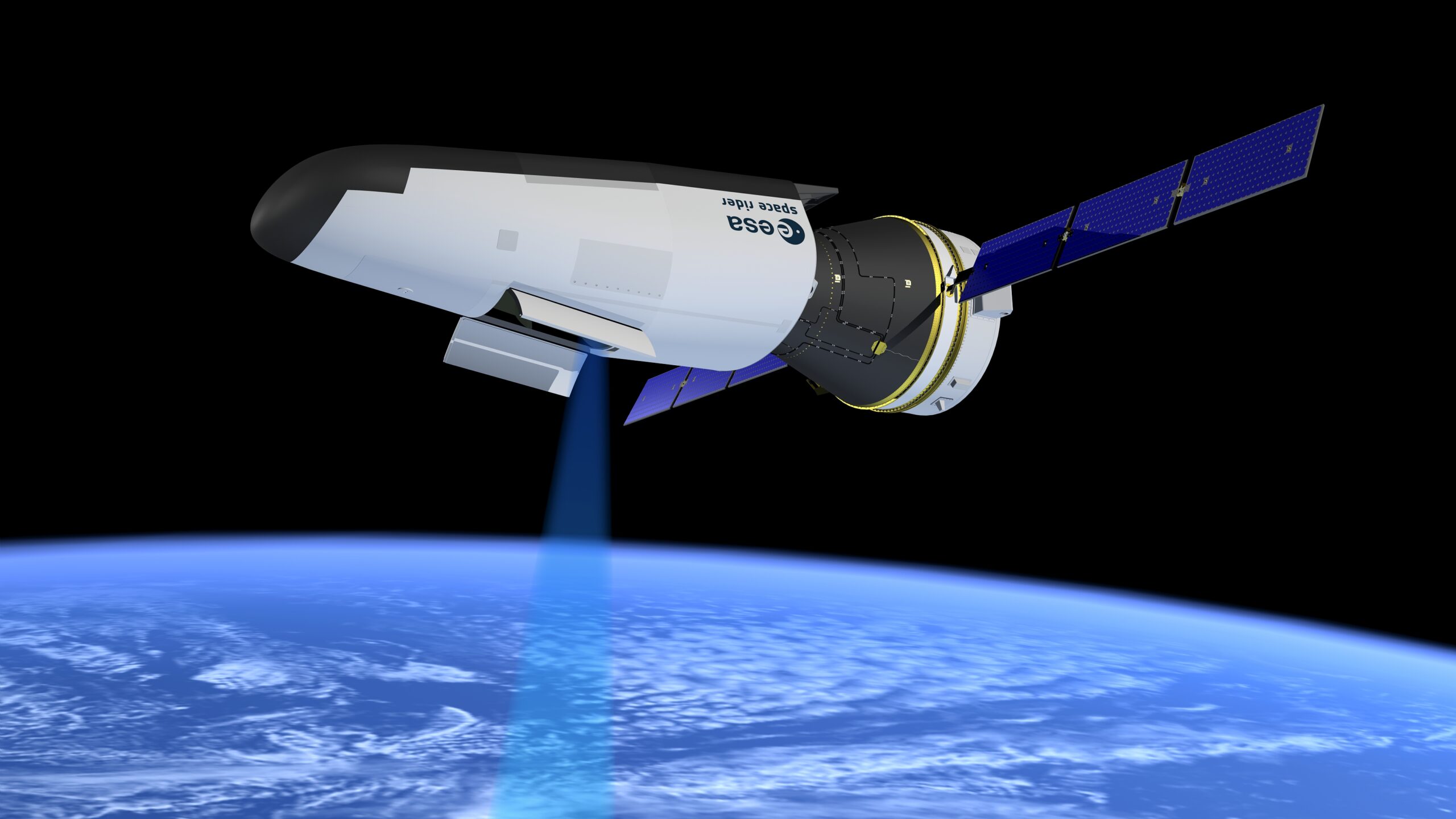 Space Rider is capable of carrying, to a Low Earth Orbit (400 km of altitude), multiple missions for different applications on each flight and it will be used to do experiments in microgravity for pharmaceuticals, biomedicine, biology and physical science. Furthermore, it can be used to perform Earth observations, satellite maintenance and space debris monitoring.

When in orbit, it will be able to change the inclination of its orbit, passing from equatorial orbits to high-latitude ones. Like the NASA Space Shuttle, it will have a robotic arm and, being fully autonomous, no crew will be required onboard for the operations.

The spacecraft is made of two parts: the AVUM Orbital Module and Re-entry Module. The latter is the module that will re-enter on Earth and is the successor of the ESA IXV vehicle, a spacecraft that tested the ability to do a controlled atmospheric re-entry.

Space Rider is a lifting body vehicle: due to its shape, it’s able to produce lift when re-entering at the right angle of attack without using any wing. The reentry will be initially at transonic speed, then the Space Rider will decelerate down to subsonic speed and at that point, it will deploy its parachute and land on a designated runway.

The first flight is scheduled for 2023. It will be launched on the Vega-C vector from Europe’s Spaceport in Kourou, French Guiana, remain in space in a low-drag altitude orbit for about two months, return to land on Earth with its payload, and then be prepared for the next mission potentially in less than 6 months.

Space Rider is Europe’s answer to the demand for reusability in space, what are your thoughts on it?