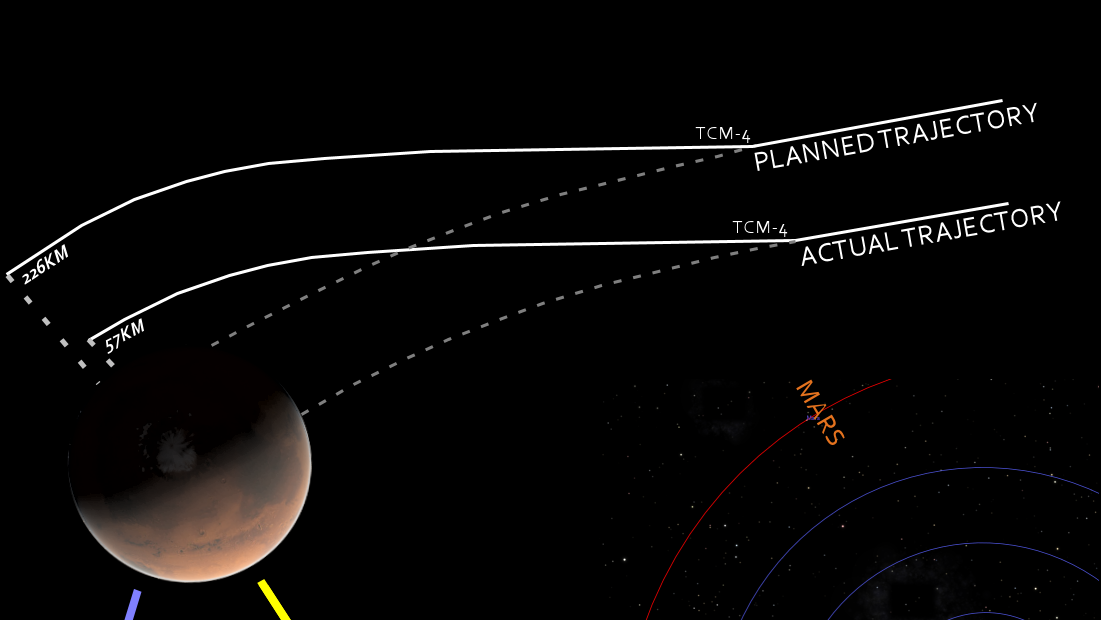 Good morning dear Euroavians,
today we talk about the unit conversion error that made NASA lose a 327 million dollar mission to Mars.

Have you ever struggled on a physics exercise only to realise at the end that the force was given in pounds instead of in newtons? Well, that’s not so dissimilar to what happened to NASA in 1999. The Mars Climate Orbiter was a mission to Mars designed by NASA to study the Martian climate and atmosphere. It was equipped with four 22 N thrusters for trajectory corrections, four 0.9 N thrusters and three reaction wheels for attitude control. It also had a solar array whose position was asymmetrical with respect to the spacecraft body.

In space, a little force can have a great effect on the spacecraft trajectory and every manoeuvre must be taken into account for navigation. The reaction wheels used for attitude control are limited in speed and must be desaturated using the thrusters. During the 9-month journey from Earth to Mars, these angular momentum desaturation manoeuvres occurred 10-14 times more often than was expected by the operations navigation team.

This was because the solar radiation pressure acting on the asymmetrical solar arrays required greater use of the wheels. This fact alone wasn’t a problem though, since these manoeuvres were recorded and taken into account by the navigation team.

However, one week before the Mars encounter, the navigation team noticed their calculations and observations didn’t match. Being still in the safety margin, no correction was performed and the insertion burn began. The Mission Control expected a loss of signal when the spacecraft went behind mars but this occurred 49 seconds earlier and it was never reacquired again. As a result, the probe either was destroyed in the atmosphere or re-entered an orbit around the sun.

After an investigation, it was found that while the software on-board used newton-seconds for the impulse, the ground software used pound-seconds. This resulted in an underestimation of the effect of the thrusters on the spacecraft trajectory by a factor of 4.45 and, in the end, the loss of the mission.