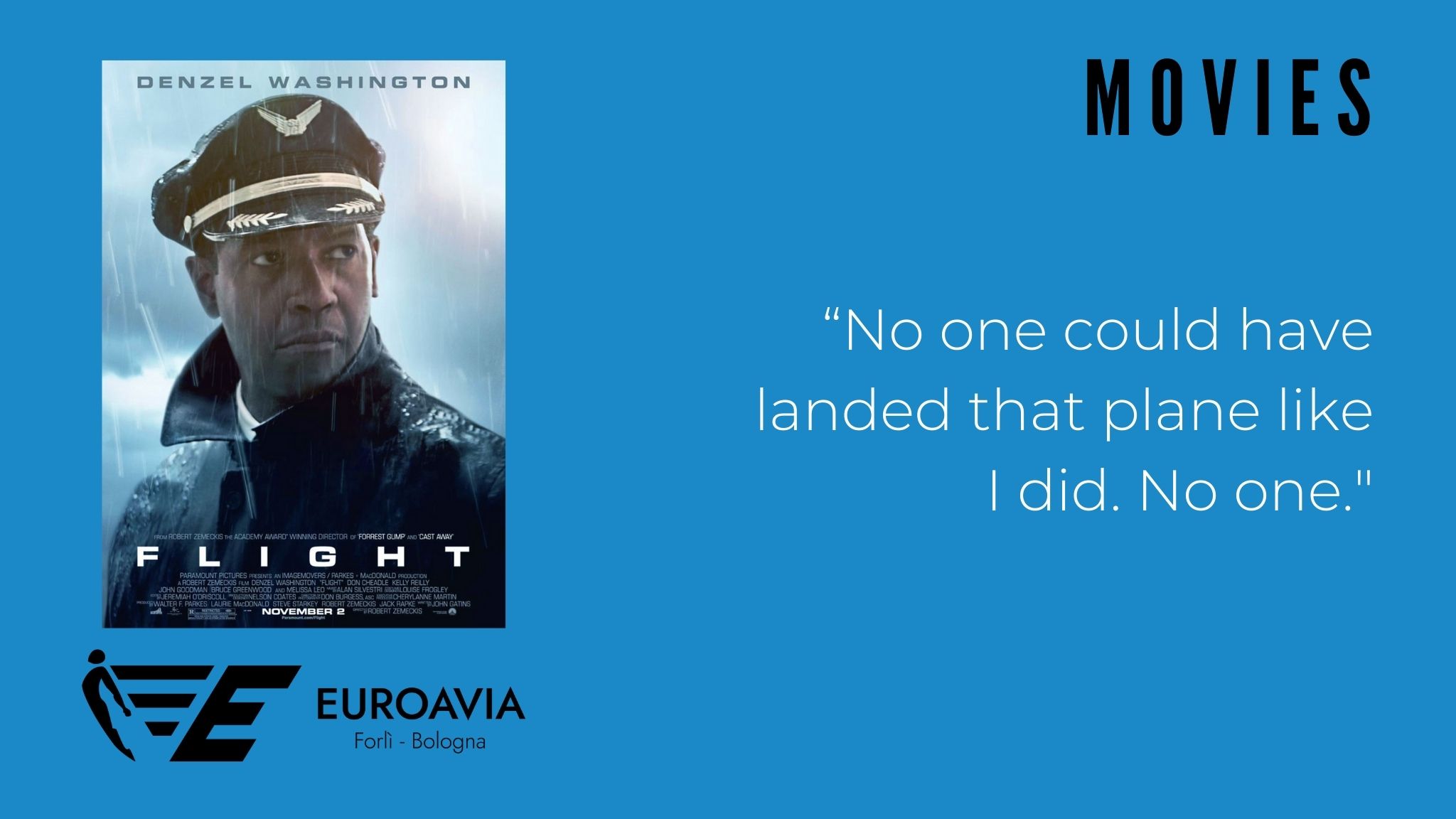 Flight is a film about an expert pilot, William “Whip” Whitaker and an accident that occurred. Thankfully, the pilot managed to land in a field saving the most of the passengers’ lives. William, played by Denzel Washington, is an alcoholic and drinks one too many the night before the accident. In the following morning, as well as when he is on board, he decides to take drugs, which emerges in the investigations and in his blood analysis, leading to an accusation by the NTSB.

Whip’s close friend, who works in the pilot syndicate, hires an expert lawyer to help him with the process while the pilot tries to solve his alcohol problems. During the film, he meets Nicole, who happens to also be struggling with her addiction problems. Therefore, a relationship blooms between them which helps, in a parallel way, their approaches to their respective addictions. The film ends with the process of Whip’s interrogation about the accident and what happened that day and the night before.

The accident takes inspiration from one that happened in real life, with the Alaska Airlines 261 on a MD-83. Unfortunately, the real plane crashed in the ocean and all the people onboard died. The similarities between these two accidents are that both had the same cause: the jackscrew of the horizontal stabilizer broke and the plane was stuck in a diving position. Both pilots tried to reduce the speed of the plane with a complex maneuver that brought the plane in inverted flying; the crew of the real plane was able to fly in this position but they weren’t able to land safely.