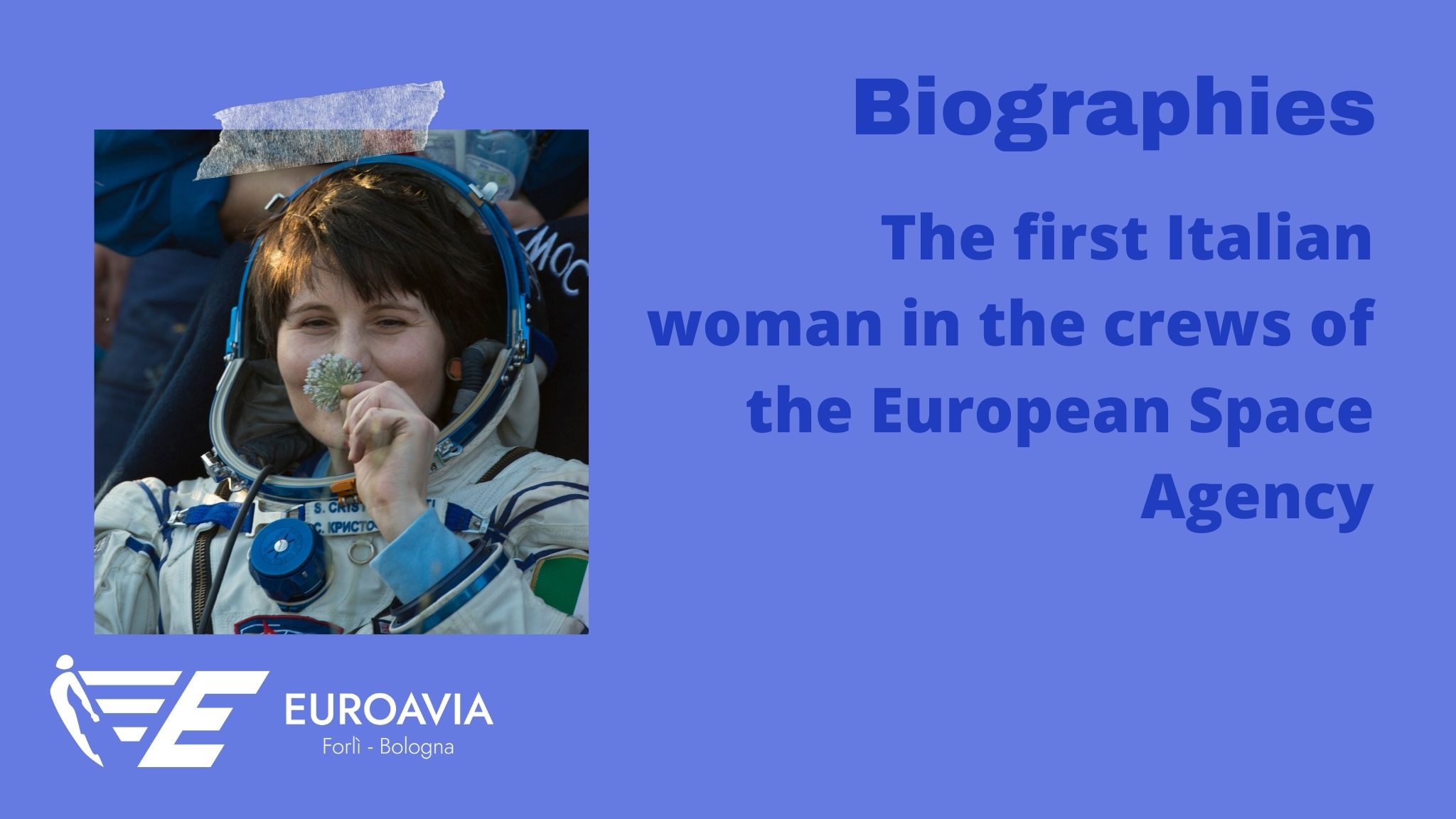 Born in Milan on April 26, 1977. In 2001, she graduated from the Technical University of Munich, Germany. In 2001, Samantha joined the Italian Air Force. Following her graduation in 2005, she attended the Euro-NATO Joint Jet Pilot Training program at Sheppard Air Force Base in the United States, where she earned her fighter pilot wings in 2006.

She joined ESA in September 2009 and completed her basic astronaut training in November 2010. She was then assigned to the role of ESA reserve astronaut, which allowed her to earn her initial qualifications in EVA and robotics, as well as the certification as flight engineer of the Russian spacecraft Soyuz. In March 2012 she was assigned to fly as flight engineer on the Soyuz TMA- 15M, as part of the crew of Expedition 42/43 on the International Space Station.

After completing her post-flight tasks, Samantha was given technical and management duties at the European Astronaut Centre. For several years she led the Spaceship EAC initiative, a student- centred team working on the technological challenges of future missions to the Moon. She then served for two years as crew representative for ESA in the Gateway project to establish a staging post around the Moon.

In 2019 Samantha served as commander for NEEMO23 mission on a 10-day stay in the world’s only undersea research station, Aquarius. Samantha has been assigned a second mission to the ISS, which is scheduled for 2022.

When not travelling for work, Samantha lives with her partner Lionel and their two children Kelsi Amel and Dorian Lev near ESA’s Astronaut Centre in Cologne, Germany. She enjoys learning foreign languages and her current challenge is Chinese. She sometimes finds time for hiking, scuba diving or yoga.