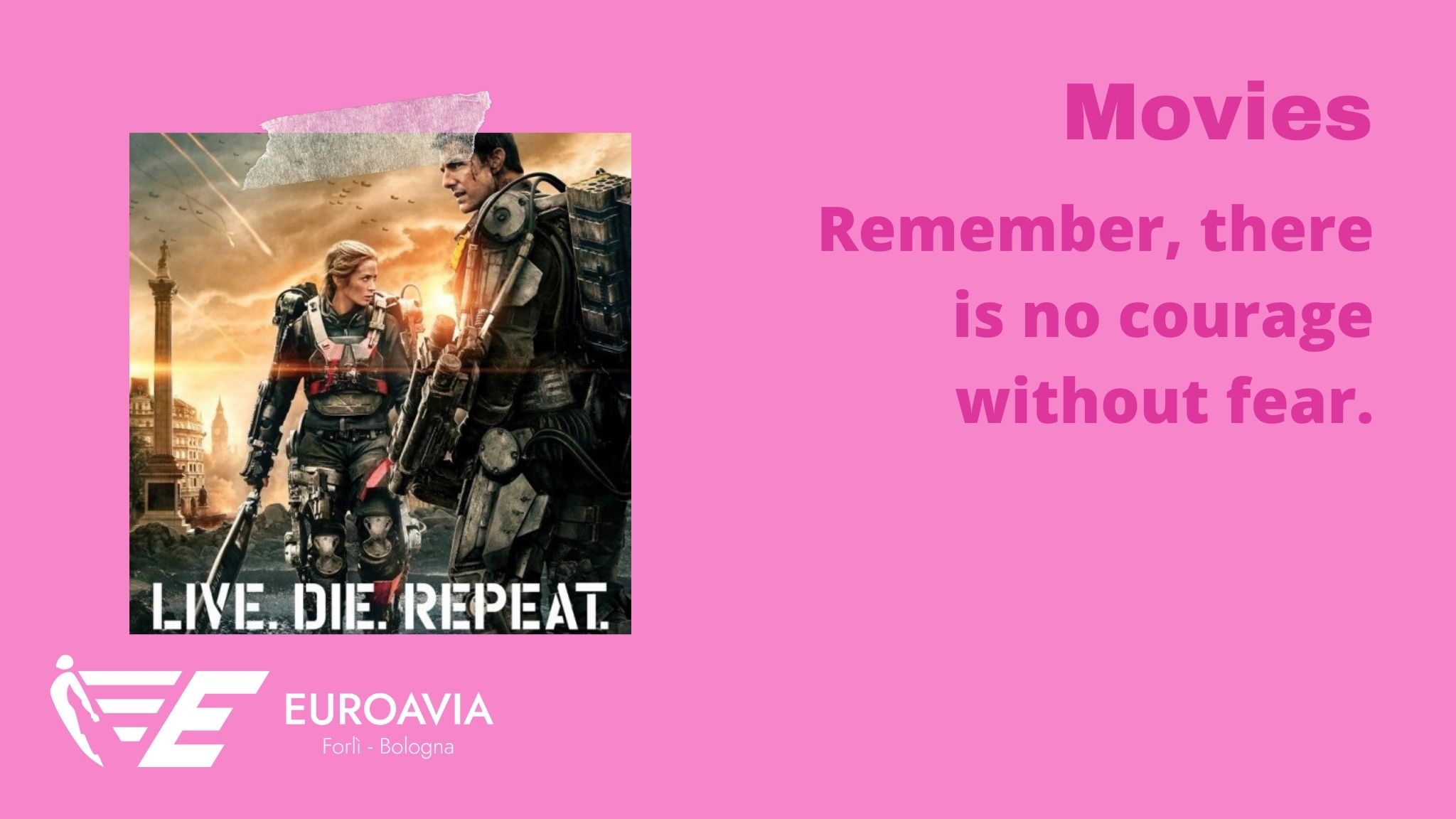 What if you are a discredited major US Army obliged to fight a futuristic war against a race of aliens that remind you of the biggest reptiles on our planet?  And if I tell you that the decisive battle will be in Verdun, the same place where a century years ago France and Germany fought one of the bloodiest battles in World War one and in history?

Well, you can ask these questions to Tom Cruise, the protagonist of the movie. After complaining about an order of his superior he was sent to the battle front like a soldier. He was the only one wearing an elegant uniform and he was mocked by  the soldiers even if he was an officer! Then he was sent to the front and proved the leak of his training for the battle, just a couple of minutes and he died!

Are you wondering if the movie has ended ? No it  has  not. He regenerates himself in the arrival point of the front! He received the gift of self-regeneration! A present that each student would get and exploit after failing an exam!

After having died several times he was able to meet a sergeant, a blonde woman played by Emily Blunt. She told him that to win the battle they must find the main “cell” and kill it. She knows that because she claimed to have lost his same power and now she is ready to help him.

Thus dying once again, Tom Cruise moved to become the “cool” officer to a charismatic figure as well as his other characters as well as Ethan Hunt and Maverick. Time by time the puzzle to reach the “boss of aliens” took its shape and then ? Watch the movie and you will find it out!