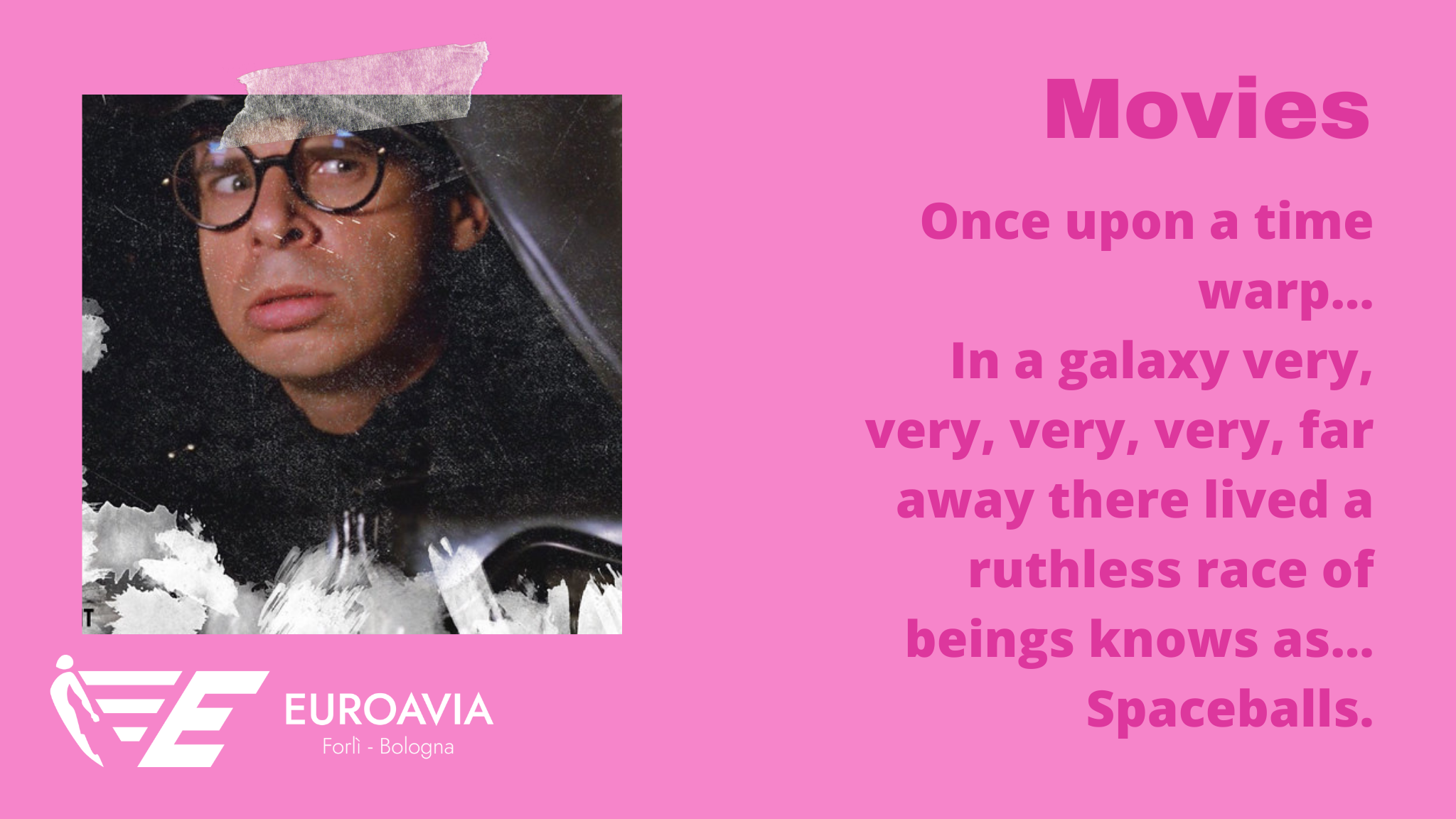 Are you tired of the science fiction colossal where: people die, planets explode and the dad of the protagonist has the power of removing the air to anyone he wants ? Well Spaceballs is the movie for you! Conceived as the parody of Star Wars and Star Trek.

In a very far away galaxy, the planet “Spaceball” has squandered its fresh air. Thus the scatterbrained leader of the planet, President Skroob, scheme to steal the air from the close planet of Druidia, ruled by king Roland. Meanwhile, the daughter of the king of Druidia escaped from a forced marriage with a narcoleptic prince, by her Mercedes spaceship.

Around the intergalactic space, a camper drove without any destination. The pilot was Lone Star, a human mercenary and its copilot Barf, an half man, half dog animal. During their trip they were reached by video-message by the gangster boss “Pizza Margherita”, an alien that I let you imagine the shape. He reminded that they have a debt with them and that if they will not pay it he would have killed it.

The luck was for Lone Star who was assumed by King Roland to find her daughter, with that amount of money he could pay his bills. In the meanwhile Skroob sent his henchman, Dark Helmet. A dwarf that wear a black helmet that seems the Vespa’s helmet  and has the power to weld the men’s private area.

So if you do not want your “downside” weld, I strongly recommend you to watch . If you will do it, let me know!