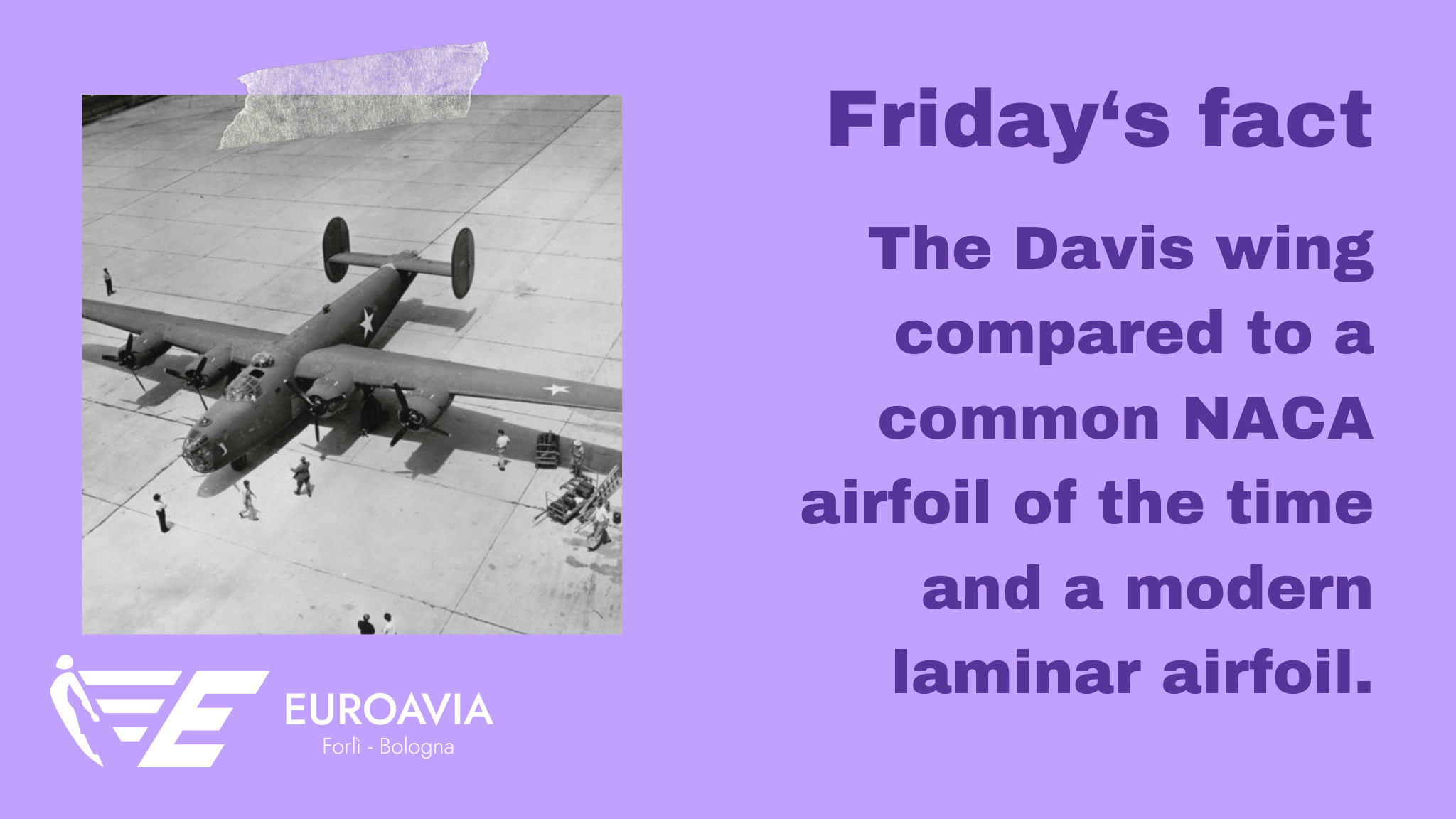 Hello #EUROAVIAns, today we are talking about the Davis wing. In 1937 Consolidated, a major aircraft company at the time, was specialized in naval patrol seaplanes and was growing a certain interest toward heavy, ground based bombers. Both kinds of aircraft required extremely long ranges, and thus the main goal of the employed engineers was that of reducing cruise drag as much as possible. For this reason they were constantly looking for new airfoils to test in order to find the optimal characteristics, mostly among the common naca 4 and 5 digit series.

It was at that time that an unknown engineer named David Davis knocked on their door proposing an airfoil that, according to him, had extremely low drag coefficients. Davis was a self-taught inventor. He had been testing a series of airfoils based on a set of parametric equations he had developed (apparently without any aerodynamic basis) until he found something with interesting performances.

The drag coefficient of that foil was about 10% lower than the average and nobody could explain why. Plus, it was extremely thin close to the wing section, so flap mechanisms would have been heavy and complex to develop. The company Consolidated decided to buy it anyways and use it on their B24 bomber project.

The truth behind that low drag would have been discovered just a few years later!!! That foil, thanks to its particular shape, could delay transition from laminar to turbulent flow, consequently reducing friction on its skin. In other terms Davis had discovered a laminar airfoil before the time.

However, the production models, due to the significantly rougher surface finish compared to the wind tunnel samples, showed negligible performance improvement with respect to the old naca airfoils. This issue also affected other warbirds of the time, the Mustang P51 is a famous example. Laminar airfoils would have become a viable option only later, when new computational models and construction techniques could be adopted.