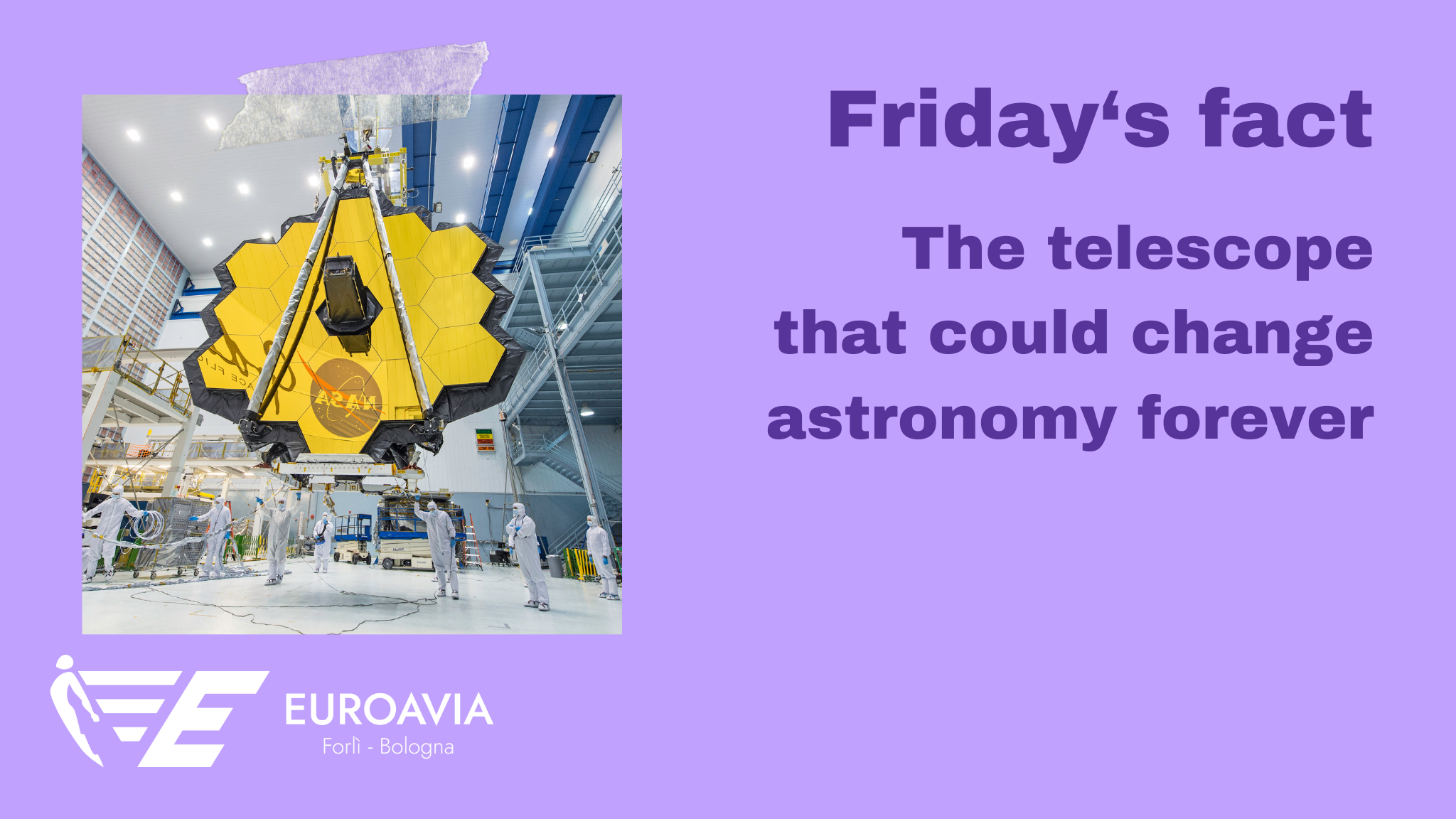 Good morning EUROAVIAns, today we talk about the James Webb Space Telescope, which will happen tomorrow at 13:20 CET from French Guana with an Arian 5 launcher. The telescope is the result of the collaborations of NASA, ESA and the CSA space agencies. Thousands of scientists, engineers, and other professionals from more than 14 countries have worked on this telescope. Such a great effort lead to the realization of the largest and most complex space telescope ever sent into space. The construction of the telescope imposed several engineering challenges.

But why is the James Webb Space Telescope so important? First of all, you should know that the Webb Telescope captures images of the cosmos in infrared light rather than visible light. The use of infrared light indeed is able to peer through gas and dust to see distant objects and explore regions of the universe that would be hidden if using visible light. Furthermore, the use of infrared will help us see closer back to the beginning of everything. Indeed, because of the cosmological redshift phenomenon, light is stretched as the universe expands and visible wavelengths are stretched to the longer wavelength of infrared light. Webb must operate at a very low temperature, so it is placed on the L2 Lagrangian point at 1.5 million kilometres and cooled down to 40 Kelvins (-243 degrees)!.

The telescope is also provided with a Near-Infrared Spectrograph from ESA. This instrument will allow studying the composition of the atmosphere of exoplanets! Finally, Webb also has the capacity to reveal completely unexpected aspects of our universe, as Hubble has done.

The Webb telescope requires extreme accuracy and reliability not only in manufacturing but also in the launch and the subsequent operations. A 6-month procedure will take place, in which everything must go exactly as planned and everything starts with the launch, tomorrow!!!

Credits for the photos: NASA