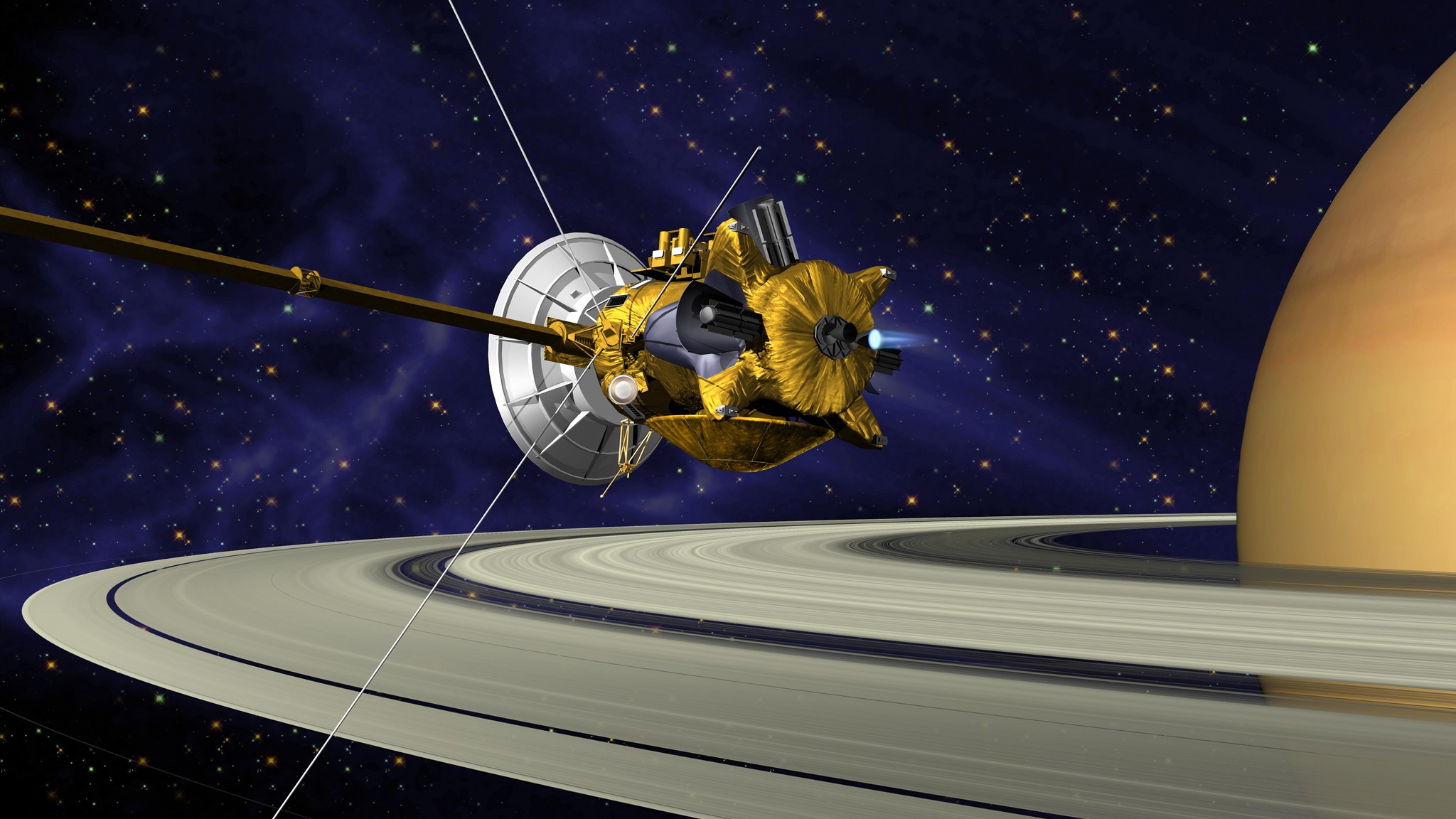 Good morning EUROAVIAns,
in today’s Fact Friday we talk about Cassini and its extraordinary mission.

The Cassini mission began on the 15th October, 1997, when the 2.5 ton spacecraft was launched from Cape Canaveral in the US. A joint venture from NASA, ESA, and ASI, the Cassini mission was designed to reach the outer Solar System and orbit Saturn and its many satellites to better understand the past and future of this complex system of interacting bodies.

After a journey of 7 years, Cassini reached the sphere of influence of Saturn on July 1st, 2004 achieving orbit and starting its scientific exploration.

The objective of the mission was to observe and understand not only the planet itself, but also its interaction with its many satellites, like Titan or Enceladus. Cassini was in fact accompanied by a probe (called Huygens) which was dedicated to the exploration of Titan. Huygens descended in Titan’s atmosphere in January 2005 and landed to obtain information about its surface.

Cassini delivered data for years, spectacular images of the Saturn systems as well as scientific information on orbit paths, interactions between the satellites, atmospheric composition and internal structure of the planet, up to 2017, when its controlled descent and destruction in Saturn’s atmosphere was performed.

This choice was made on the basis of preserving the outer solar system from human interaction, in particular to avoid a possible contamination of these new worlds that might host life, so instead of planned landing, it was chosen to de-orbit the spacecraft on Saturn.

After 20 years in space, almost 8 billion kilometers travelled, and uncountable Terabytes of data transmitted, Cassini can be considered one of humanity’s most successful mission of exploration, especially considering the groundbreaking discoveries that may still be made by through the bits that no one has yet dared to analyse.