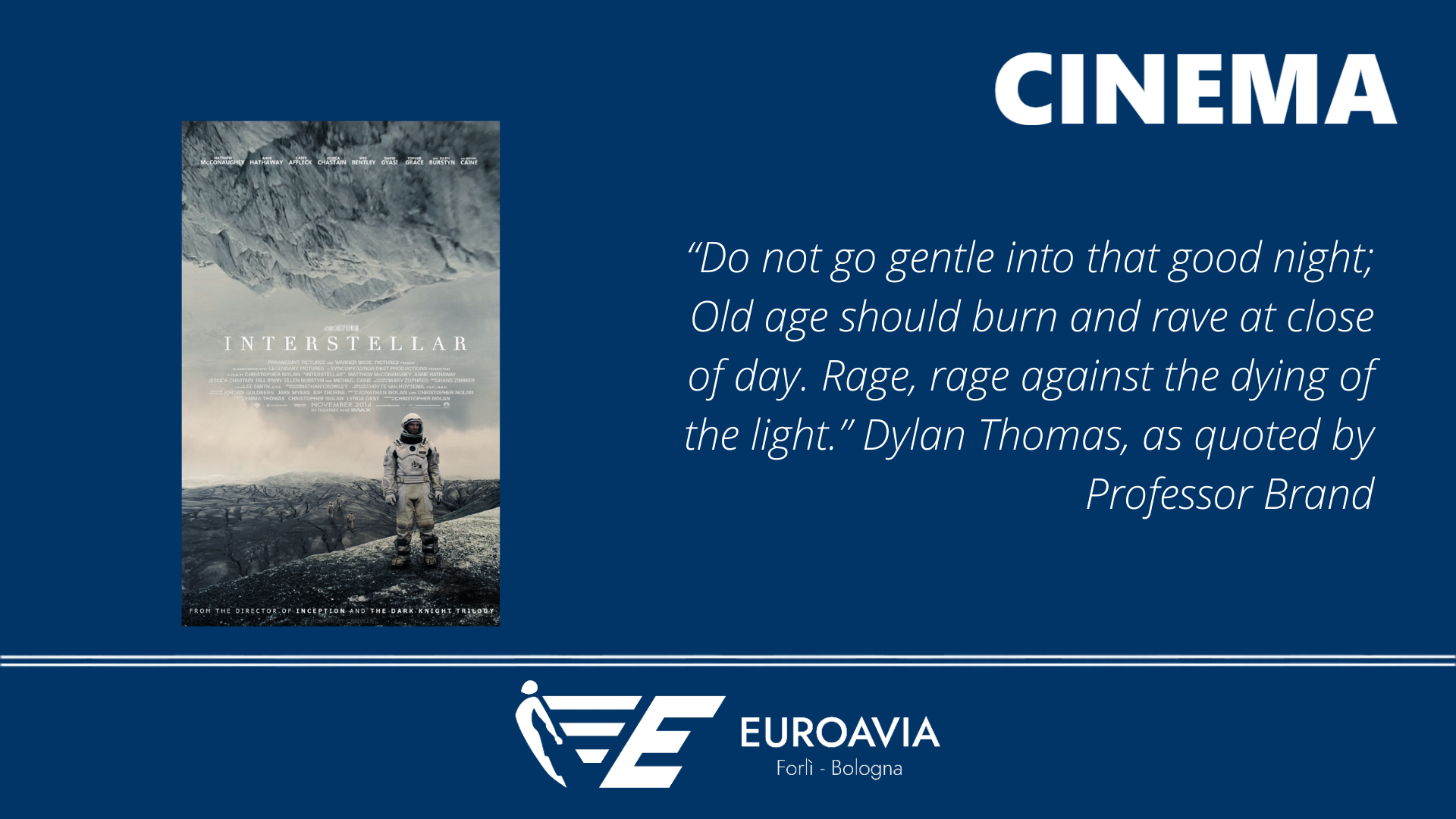 The story is set in a future in which Earth is degenerating into an arid dustbowl with spreading crop diseases and humanity slowly starving. “We used to look up at the sky and wonder at our place in the stars, now we just look down and worry about our place in the dirt”, says Cooper, the protagonist of the movie. However, after a few mysterious hints, he soon realises that he must embark on a secret space mission with a team of scientists to look for a habitable exoplanet to save his family and the rest of humanity.

Interstellar is a visionary movie that provides a plethora of action and drama, with the right frequency of emotional scenes.

The world presented in the film reflects the current situation in the audiences’ perspective, as world-wide droughts and global warming are increasingly becoming real.

“Do not go gentle into that good night; Old age should burn and rave at close of day. Rage, rage against the dying of the light.”

Nevertheless, the real protagonist of the movie is space itself or, rather, spacetime. When the team finds themselves near a Black Hole, the scientists are forced to make careful calculations if they want to survive and go back to their loved ones, since, due to relativity, time flows slower when near a Black Hole.

However, mathematics and logic are not the sole drive for the team. In fact, there is something mentioned in the movie that is more powerful than spacetime, that permeates the whole universe: Love. “Love is the only one thing we’re capable of perceiving that transcends dimensions of time and space. Maybe we should trust that, even if we can’t understand it.”

Towards the end of the movie, spacetime is presented in an original, visionary way, depicted as a labyrinth in three-dimensions, that resembles the dream libraries of the Argentinian writer Jorge Luis Borges.