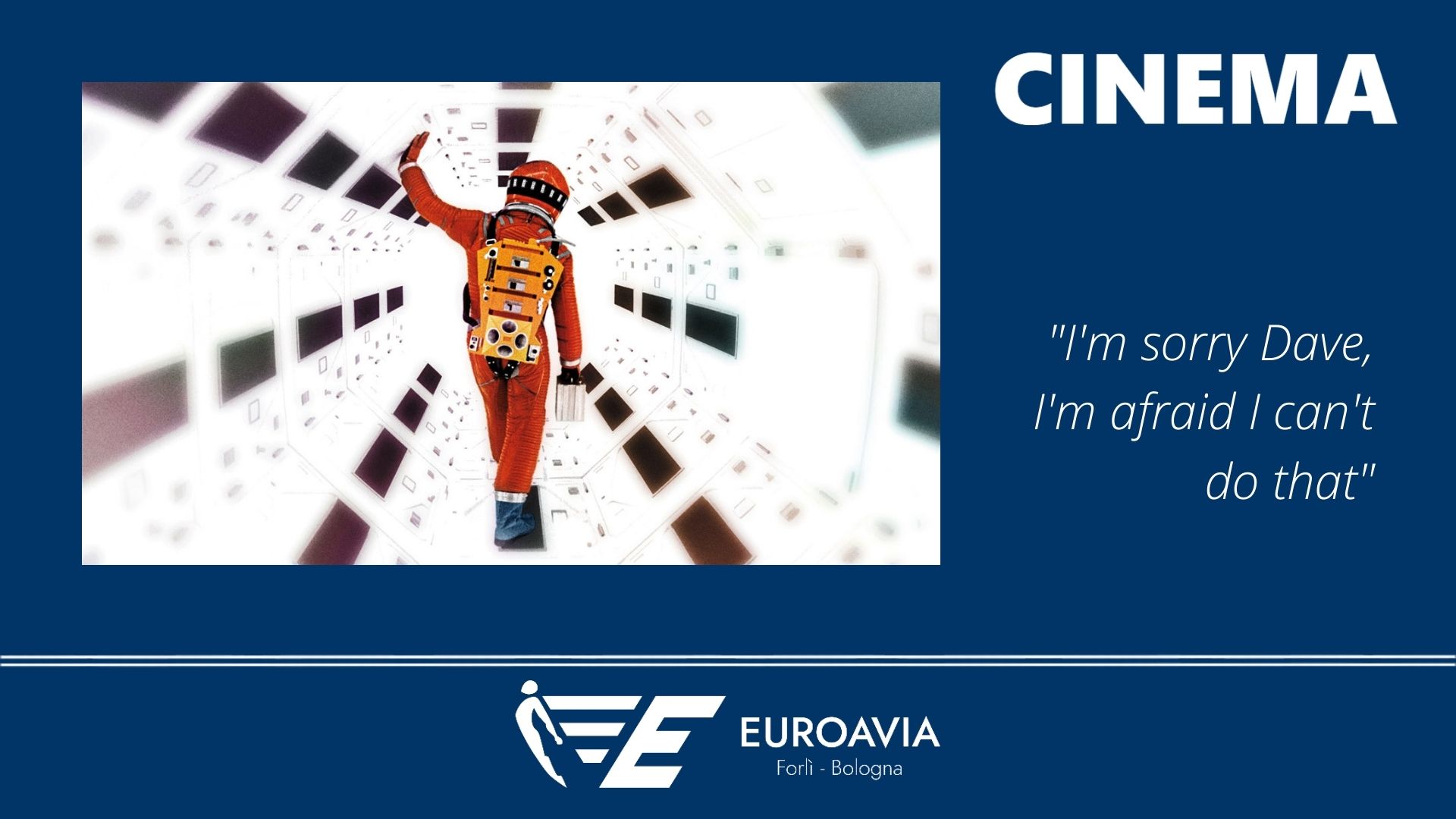 2001: A Space Odyssey is an epic science fiction masterpiece. It is one of the most ambiguous and controversial films ever. The director, Stanley Kubrick, deals with the themes of existentialism, human evolution, technology, artificial intelligence and extra-terrestrial life.

The opening sequence is maybe the most significant. A tribe of hominids happen upon a mysterious monolith that accelerates their learning capability, and one of them has the idea to use a bone as a weapon. Later he flings the bone high into the air and, suddenly, with a perfect “match cut” the spinning bone is replaced by a satellite orbiting the Earth.

In the second part a crew of scientists on their way to the Moon discover another alien monolith. Upon examining it, it is struck by sunlight, and it emits a high-powered radio signal.

The film’s third section is set aboard a spacecraft, the Discovery One, that had the objective to investigate the radio signal sent from the monolith to Jupiter. Its crew consists of two astronauts and three scientists in suspended animation, but the ship’s operations are controlled by a computer named HAL 9000. The latter declares that he is “by any practical definition of the words, foolproof and incapable of error” but, due to an unspecified reason, HAL warns, incorrectly, that the ship’s communications dish is faulty. Assuming that HAL must be malfunctioning, the astronauts decide that they’ll have to shut him down. HAL eavesdrops on their conversation by lip reading and decides to shut them down first.

“Well, I don’t think there is any question about it. It can only be attributable to human error.”

The reasons for HAL’s mistake still remains a mystery. Some critics think that it was because the computer is being ordered to lie to the crew of Discovery despite being constructed for “the accurate processing of information without distortion or concealment”!

I think the film is innovative in a lot of aspects and, in fact, Kubrick avoided conventional cinematic and narrative techniques; dialogue is rarely used, and there are long sequences accompanied only by music.

The soundtrack incorporates numerous works of classical music, among which is “Also sprach Zarathustra” by Richard Strauss. This piece in particular, suggests a very interesting interpretation for the end through the Superman theory, but I don’t want to spoil anything!

Even if the monolith structurally unites all four episodes, it is the largest and most unresolvable enigma of the film. It could be a tool created by an alien race that, through many stages of evolution, achieves a state of pure energy.Questions about 2001 range from uncertainty about its implications for humanity’s origins and destiny in the universe. That is why I strongly recommend you to watch and enjoy this masterpiece!