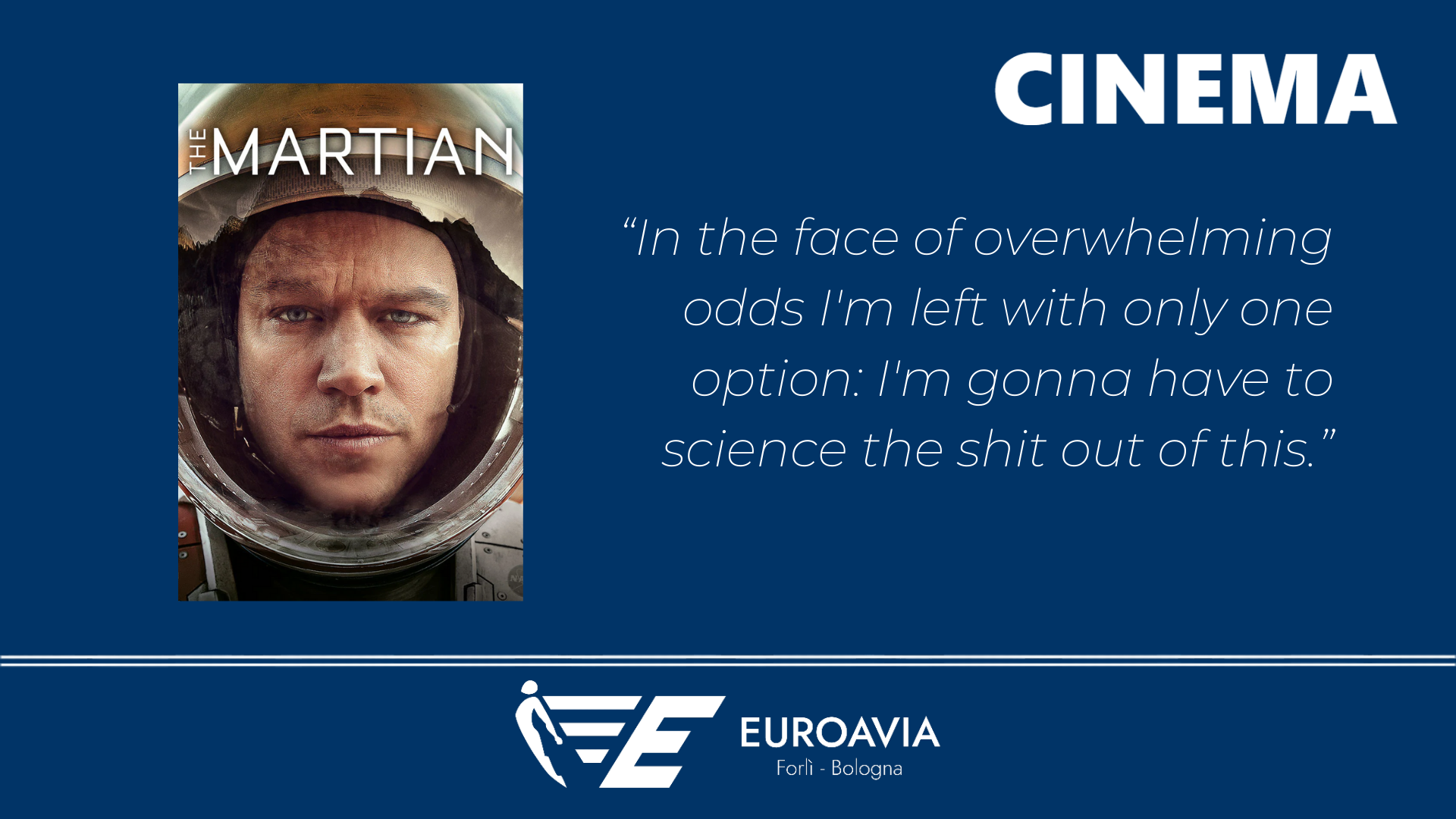 “The Martian” is a science fiction film set on Mars in the year 2035. When the protagonist Mark Watney (Matt Damon) is exploring the planet with his crew, a huge dust storm forces an emergency evacuation. But Mark is struck by debris during the storm and can’t take off with his colleagues and is presumed dead.

Mark wakes up after the hit and realizes he is lonely on Mars. He is a botanist and mechanical engineer and to survive on Mars he uses his knowledge to produce water from Hydrogen and Oxygen and to grow crops of potatoes. If he wants to stay alive he must survive until the next NASA mission arrives on Mars, approximately in 4 years.

At first he doesn’t have any type of communication with Earth but when he finds a Rover with a webcam he starts to speak with signs and ASCII language with people on Earth.

At a certain point in the story, the shelter on Mars explodes because Mark did some calculations of the pressure wrong. At this point NASA decides to send at first a supply space probe to send food to Mark, but the rocket explodes after taking off. So they decide to do a specific mission to save Mark with the help of the China National Space Administration, who gives NASA the booster for the spaceship Hermes. Meanwhile Mark is rationing his food to survive because the shelter malfunction destroyed his potato crops.

To be able to reach the spaceship Hermes must do a 90 sol journey (sol = a day on Mars) from his shelter to a MAV (Mars Ascent Vehicle) for the next mission. He modifies the vehicle to make it lighter and he gets to Hermes safely.

This story tells us an important lesson: if you are in a bad situation don’t lose hope immediately but try to turn the situation in your favour using your intuitions and your knowledge.
This film is also scientifically accurate as the writer of the novel and the director of the film described real objects and processes used by space agencies like NASA. For example, the method to produce water that Mark uses is a verified process which NASA planned to use on rovers.