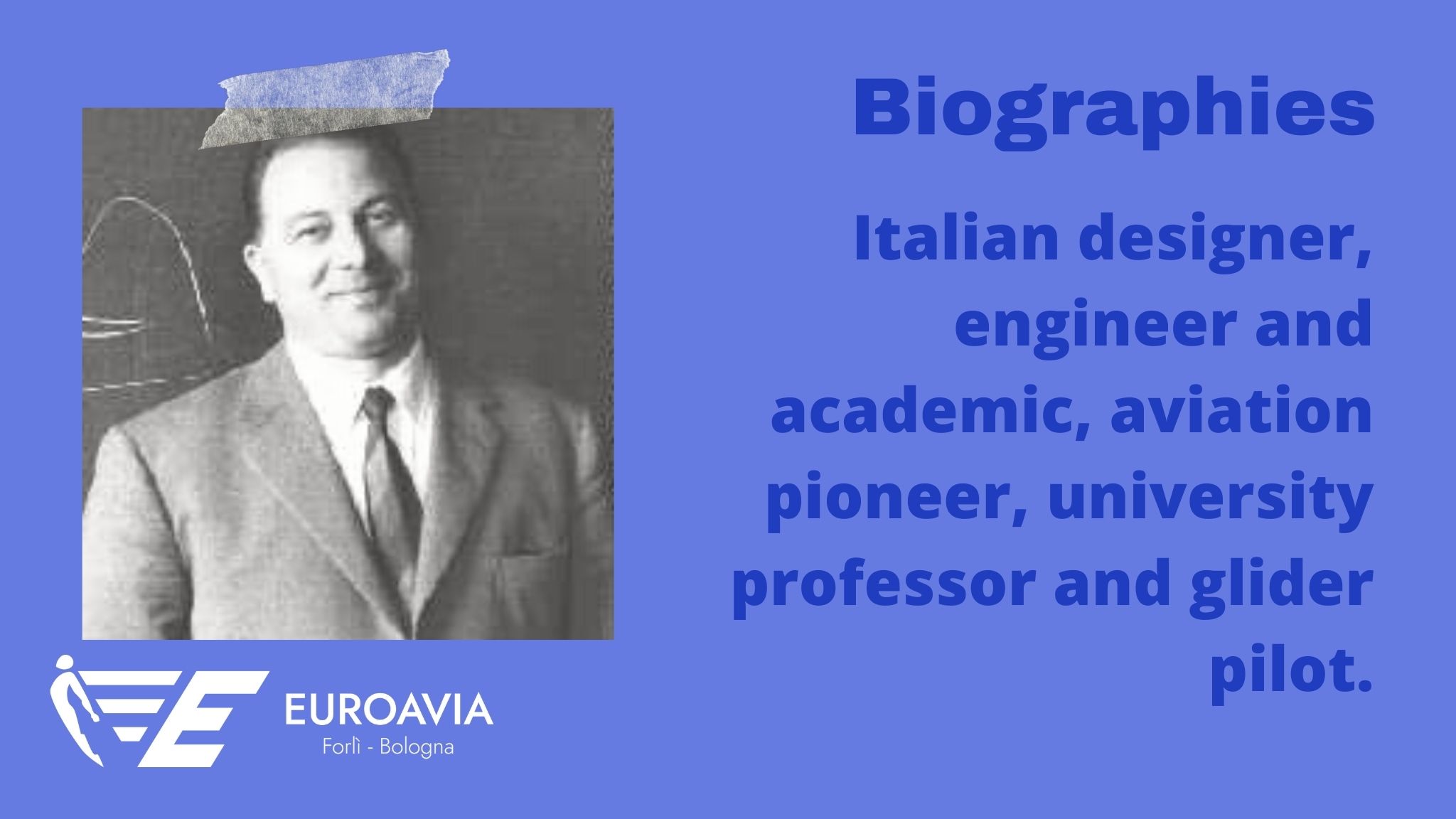 Ermenegildo Preti was an italian aeronautical engineer. He was born in Milan in 1918 and, from a very young age, he showed an interest in aviation. In 1936, while he was still attending high school, he designed his first glider, the later called CVV1 “Pinguino” (Penguin).

Two years later he started studying industrial engineering at Politecnico di Milano, where he joined the “Centro Studi ed Esperienze per il Volo a Vela”. This was a student research group mainly focused on advanced glider design. There he found a chance to build the glider he had designed, followed by many others.

Among his projects one of the most famous was surely the CVV6 “Canguro” (Kangaroo). In 1941 the wooden sport glider made his first flight. It had a wingspan of about 19 m and a maximum glide ratio of around 30.

During World War 2 his research shifted from sport to military gliders. At the time gliders were considered a reasonable alternative to paratroopers for war operations. They were much quieter than the transport aircrafts used to drop paratroopers, and could also land more precisely.

His proposal for this task, the AL12P, showed interesting performances. The Italian Royal Air Force considered providing it with an engine and thus turning it into a proper transport plane. However, due to the armistice on 8th September 1943, none of the two versions went beyond the prototype stage.

After the war Ermenegildo Preti became professor at Politecnico di Milano and, among others beloved gliders, he started working on powered planes too. In 1946 he built the tiny PR.2 “Saltafossi”, an high wing ultralight, followed by some other small aircrafts for training or general aviation. In 1953 he even designed a small city car, the “Iso Isetta”, later sold and produced by BMW. It proved advanced but ended up being too expensive to be successful.