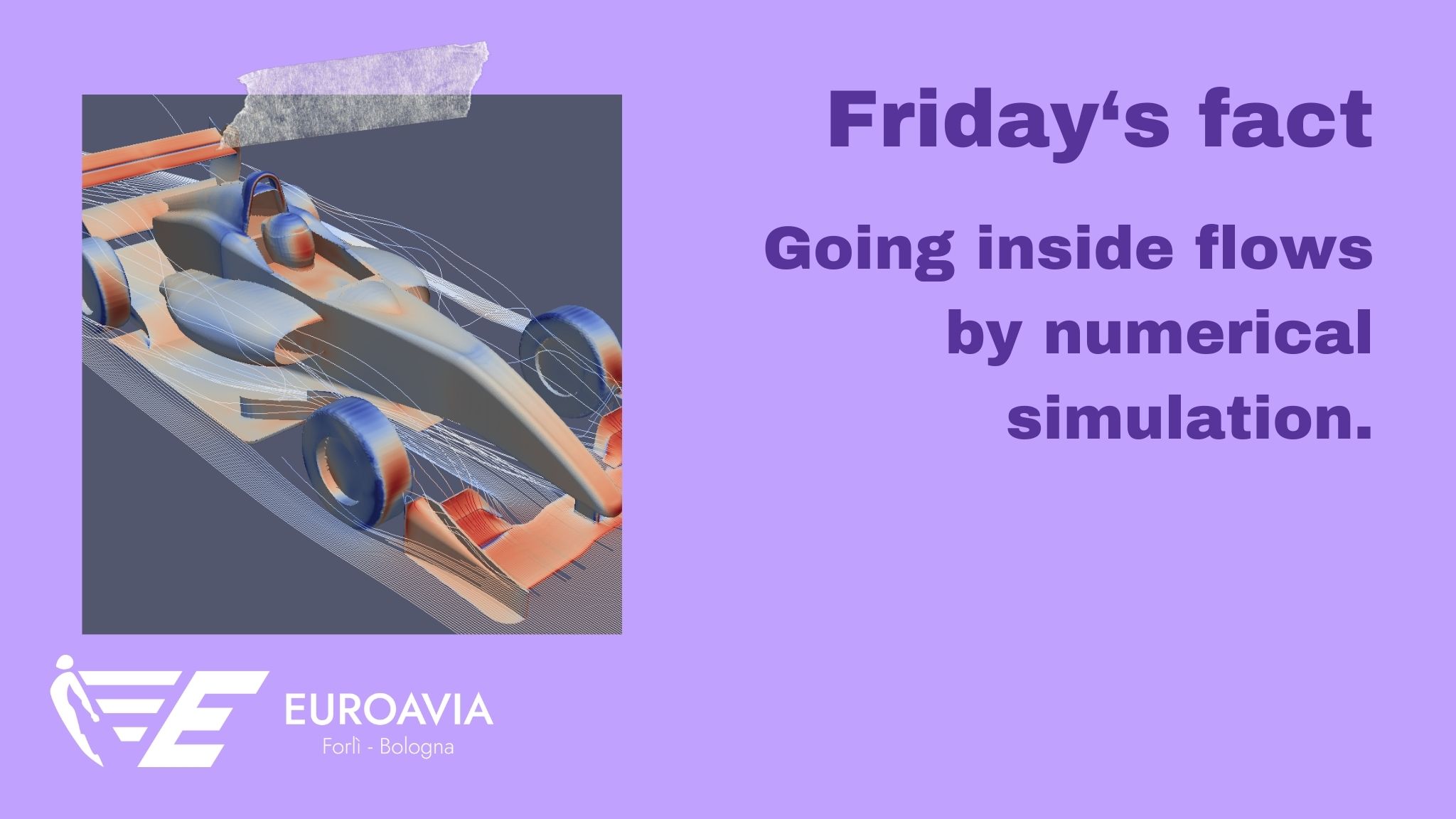 Good morning #EUROAVIAns, in today’s Fact Friday we are  talking about CFD, the acronym for ‘Computational Fluid Dynamics’, one of the newest developments in aerospace engineering, but not only!

It consists of providing the numerical solution of a fluid dynamics model, usually based on partial-derivatives differential equations. This is a very difficult task, because these equations are so complicated that it’s impossible to find an exact solution, except in case of very simple flows. This is the reason why engineers and mathematicians now use very powerful computers to get a numerical solution of the model. Basically, they build a CAD model of the component they want to study and then with a program for CFD they test its performance by solving the model for the flow around the component. As a result, they get vorticity, pressure, temperature, and other data very useful to improve the aerodynamics of the prototype.

There are two main advantages of CFD against classical experiments in wind tunnels. First of all, the construction of a real model of the component tested is not needed, so a lot of shapes and changes can be tested and implemented  almost without any extra costs. Secondly, to make tests in a wind tunnel you are forced to put sensors around the component, but by doing so the flow is disrupted by the instruments themselves: this is an intrinsic limit which will never be overcome. The main disadvantage of CFD is that at high Reynolds numbers the approximation of the models available and of the solutions themselves are not ignorable, but by time these difficulties are likely to be solved thanks to the improving of models and, most of all, by the evolution of CPU processors which will allow more complicated numerical algorithms.

But not only objects are studied, also… athletes! CFD has begun to play a role in several sports, like cycling, swimming and skiing. As you can see, a ski racer climbing down a mountain  at 130 km/h fighting against the chronometer is very interested in improving its aerodynamic performance!

We’ll talk more about it in the next EUROAVIA Magazine, so don’t miss it!