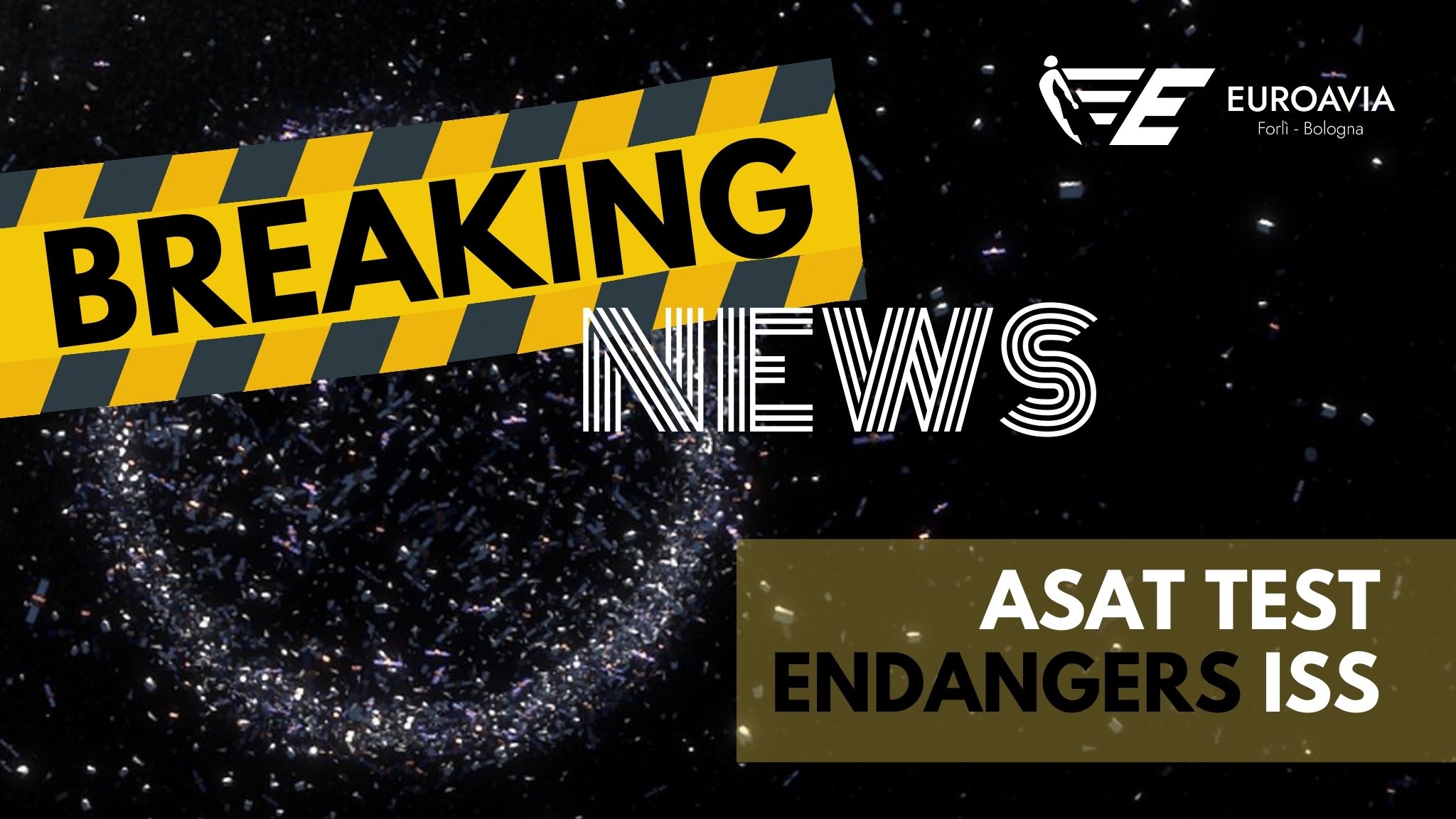 THE ISS IS IN DANGER

According to the US State Department, Russia destroyed a satellite with a ground-based missile, creating thousands of debris that have spread out into Earth orbit.
It is known that Russia performed an ASAT test on the 16th of November 2021, and on the same day a Russian satellite blew up, endangering the crew aboard the International Space Center (ISS). The US condemned Russia for such dangerous and irresponsible missel test, due to which the seven crew members (four Americans, a German, and two Russians) on board of the ISS were forced to shelter in capsules, seeking refuge. Roscosmos, the Russian space agency, already downplayed the incident, tweeting that the debris have moved from the ISS orbit.

Let us now understand what an ASAT is and what are its consequences!
An ASAT is a missile that can destroy an enemy county’s satellite in space. Until now only Russia, the USA, and China are equipped with operational ASAT systems. One of the main problems connected to such ASAT tests is the generation of artificial debris: the fragments of the destroyed satellites. As the UK Defense Secretary Ben Wallace stated, the test “shows a complete disregard for the security, safety and sustainability of space”, he then added that “the debris resulting from this test will remain in orbit putting satellites and human spaceflight at risk for years to come”. Sixty-four years of activity in space created roughly a million objects running around over our heads uncontrolled. And ASAT tests will only worsen the situation, damaging spacecrafts that are vital for our everyday life, as weather or telecommunication satellites.

All of this points to the Kessler Syndrome, named after former NASA scientist Donald Kessler. In his study, titled “Collision Frequency of Artificial Satellites: The Creation of a Debris Belt,” Kessler and co-author Burton Cour-Palais noted that the likelihood of satellite collisions increases as more and more spacecraft are lofted to orbit. And all this would have an outsized impact on the orbital environment.

Quoting the two authors: “Satellite collisions would produce orbiting fragments, each of which would increase the probability of further collisions, leading to the growth of a belt of debris around the Earth.”

In 1978 the Kessler Syndrome warned of a cascade of orbital debris that could potentially hinder humanity’s space ambitions and activities down the road. As the ISS astronauts took shelter in return vehicles, the Kessler Syndrome begins to look like an unavoidable and forgone path to follow.