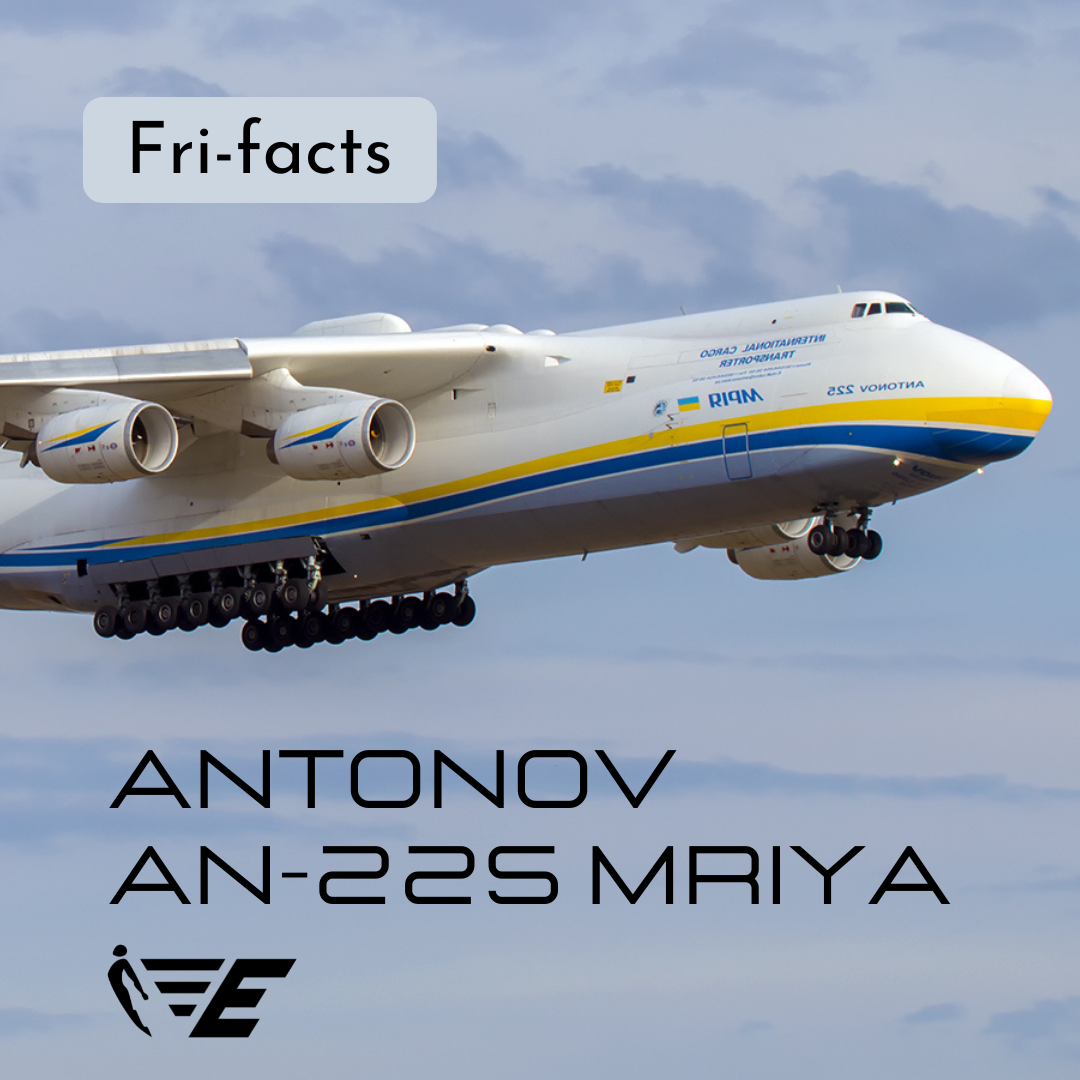 Today we are talking about the heaviest plane ever built. In the 1980s the soviet space program “Burian” was in development. It was an almost exact counterpart of the US Space Shuttle.
For this project, it was necessary to move the huge rocket parts, and there was no airplane able to do so at the time. The Antonov design bureau in Ukraine was therefore requested to design a specific cargo plane capable of transporting the parts and the Burian orbiter itself.

Their answer was the An 225 “Mryia”, a monster with a wingspan of 88m and a max. takeoff weight of 640 t. 😮
Unfortunately the Burian program was canceled after just a single spaceflight, and the only An 225 completed was quickly retired. It had its 6 engines removed and mounted on other planes.
In 2001, realizing that its peculiar cargo capabilities could still be exploited, the Antonov was restored for commercial flights, serviced by the Antonov Airlines. 🛬

The plane was eventually destroyed in its hangar on February 27th 2022 during the Ukrainian-Russian war. 😔